The United States has fallen far behind other developed countries when it comes to corporate tax reform. In contrast to other developed nations, the United States has declined to reform the way it taxes corporations. Consequently, it now has the highest statutory corporate income tax rate of the G20 countries. The federal government needs to lower the corporate income tax rate-a reform that will improve the competitiveness of American businesses and encourage economic growth. 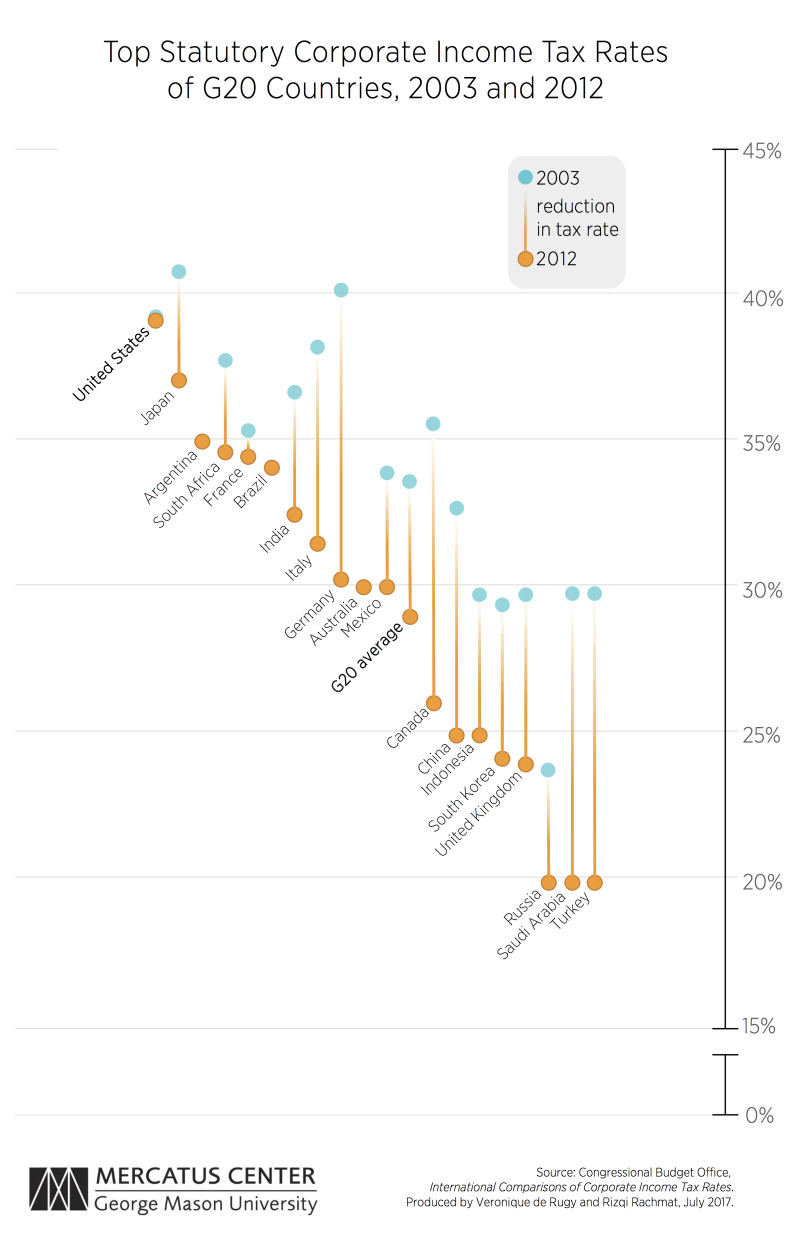 The chart and the table show the changes in corporate income tax rate implemented by a variety of these countries between 2003 and 2012. Many countries have reduced their corporate income tax rates, some by up to 10 percent, during that 10-year period. Back in 2003, the United States had the third-highest tax rate, behind Germany’s and Japan’s. Both Germany and Japan have cut their rates since 2003, leaving their current rates below those in place in the United States.

Agreed. Where can they be found, by country? I've looked.

Another item that needs to be factored in it tax base. . Allowing immediate write-offs of capital assets is equivalent to a zero tax rate proportionately reducing the effective statutory rate.

Statutory rates mean very little. Let's have a look-see at the effective rates.

Pricewaterhouse Coopers, but it's old data:

U.S. average effective corporate tax rate was 27.7%, 6th highest in the sample. Only Japan, Germany, and Italy were higher in the OECD.

Anecdotally, I know some of the big companies that pay even higher effective tax rates: Altria (Philip Morris), Chevron, Exxon, Walmart, all the "bad" companies that the press and my progressive friends love to hate. Ironic...

Thanks, Z K. I was wondering where the 39.1% rate was coming from, and the CBO report says "With state taxes added in, the top statutory rate is even higher; on average, that combined rate was 39.1 percent in 2012, among the highest in the world."

Unfortunately, that takes some "oomph" out of their graphic because that 4.1% is not similar to the 35% federal. One could have shown the 38% highest rate which has the extra 3% on corps with income between 15 and 18.33 million, but as other readers have pointed out, that is not the effective rate.