NY Times: Canada Debates Whether Purchase Of Leibovitz Photos For $4.75m And Donation Valued At $20m To Art Gallery Is A Tax Dodge 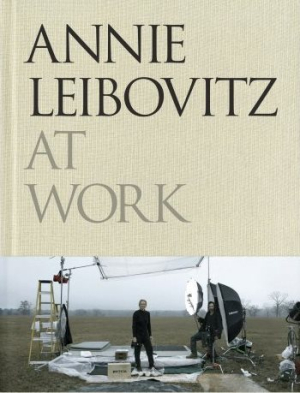 Someone — and absolutely no one involved seems ready to say who — came up with an idea in 2012 for a patron to purchase 2,070 photos by the American portrait photographer Annie Leibovitz and then donate them to a museum in Canada.

This was a colossal score for the Art Gallery of Nova Scotia in Halifax, which owned nothing by Ms. Leibovitz at the time.

For Ms. Leibovitz, who had a financial crisis several years earlier, the transaction meant she earned several million dollars.

And the donor, a Deloitte Canada partner who said he had bought the collection to honor his mother’s memory, stood to qualify for a generous tax deduction and recognition as an arts patron.

Four years later, though, a Canadian government panel that must sign off on the deduction is still balking at approving it, partly because the panel won’t accept a $20 million valuation for a collection that the donor purchased for just $4.75 million.

An adviser to the government panel described the arrangement in notes to the tribunal as “a tax grab,” according to the Canadian Broadcasting Corporation, or CBC, which first reported on the impasse. That characterization was vigorously disputed by Harley Mintz, the Deloitte Canada partner, now retired, who bought the Leibovitz material in 2013.

“We were asked,” Mr. Mintz said in an email, “to help facilitate a major gift to the Art Gallery of Nova Scotia that would provide it with a unique collection of art from one of the world’s most praised photographers and that is exactly what we did. Instead of being celebrated, it has been met with resistance, for reasons that we do not understand.”

The odyssey of Ms. Leibovitz’s collection provides a window into the process by which governments work to bolster cultural enrichment by underwriting private donations of art with tax deductions. In Canada, where such deductions receive more government scrutiny than in the United States, the process can include disputes over the national significance of the art, as well as its value, and sometimes, questions regarding whether a donor’s motives are more philanthropic or opportunistic.

It seems that someone is being screwed. Either Ms. Leibowitz got way too little in the sale or the Canadian taxpayers are seeing too much of the donor's taxable income disappear because of an overvalued gift. Is there any other conclusion?