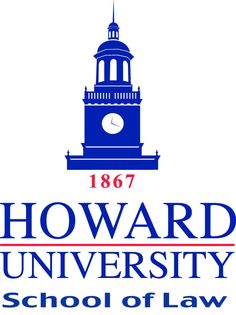 Howard University has found a professor of law guilty of sexual harassment in relation to a 2015 test question involving Brazilian waxing. At first blush, it’s the kind of case that might anger even modest professors concerned about the rising tide of what’s been called campus illiberalism, or student calls for censorship of emotionally discomfiting speech.

But Reginald Robinson’s full question about a client who fell asleep during a wax and later alleged improper touching is rather graphic, with references to a “landing strip,” hairlessness from “belly button to buttocks" and more. Still, some free speech and academic freedom advocates are calling Howard’s response excessive: mandatory sensitivity training for Robinson, prior administrative review of his future test questions, classroom observation and a warning that any further violations of the university’s sexual harassment policies may result in termination.

The Foundation for Individual Rights in Education — which asked Howard to revoke Robinson’s sanctions, but reportedly did not hear back by a June 30 deadline — said this week that the university’s “overreaction to a simple hypothetical question is a threat to academic freedom and a professor’s ability to effectively teach students.” The question "clearly does not constitute sexual harassment,” added Susan Kruth, FIRE’s senior program officer for legal and public advocacy.

I think we have lost the exact meaning of sexual harassment.

Sexual harassment? Sound more like stupidity to me. We're rapidly approaching the point where the Puritans look like libertines.

Then again, if the goal is to create an environment where anything can be judged wrong and punished, then this makes perfect sense. It fits with a world where unborn babies aren't babies, where those who don't call males with all the usual parts "she" can be legally sanctioned and so forth. What next... allowing people to "marry" their pets? Oooh. I shouldn't have said that. It might give people ideas.

In comparison to our contemporary madness, Orwell's Newspeak, with its limited vocabulary, seems almost mild.