Leading Democratic politicians announced their economic agenda for next year's midterm elections on Monday, calling for measures to bring down prices for prescription drugs, control monopolies and help companies pay for training for their workers.

The documents distributed to reporters, however, mentioned taxes only in passing, glossing over what could be a crucial aspect of any Democratic platform in the coming years. Democrats can use tax policy to pay for their other proposals, to equalize incomes directly and to answer frustrated voters' questions about where the party really stands on the economy.

Democrats have frequently called for the rich to pay more in taxes, but some in the party are becoming dissatisfied with the solutions Democrats have put forward so far, which mainly involve untangling kinks and loopholes in the existing system and general, jack-of-all-trades hikes and surcharges.

To lessen inequality and to raise new revenue to fund broad, progressive new programs, senior Democratic policymakers have been talking about novel ideas for taxing the wealth of the richest Americans. Those plans could include a comprehensive tax on capital, a broad category of wealth that includes stocks, bonds, businesses, property and other assets.

“Progressives should be focused on how to fundamentally reform how we tax capital income in this country,” said David Kamin, who served as a special assistant to President Barack Obama on economic issues. ... 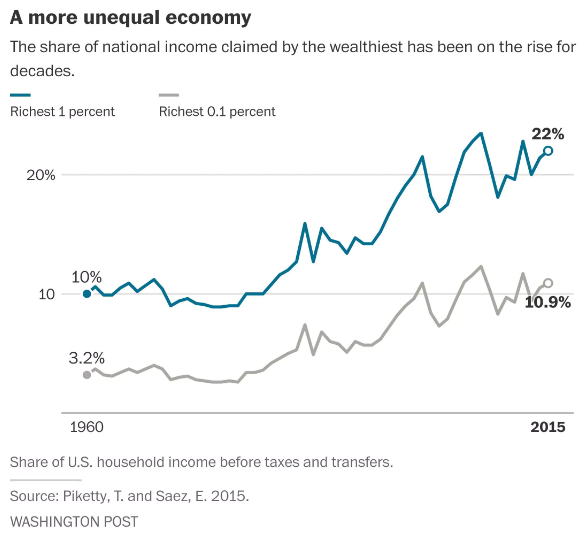 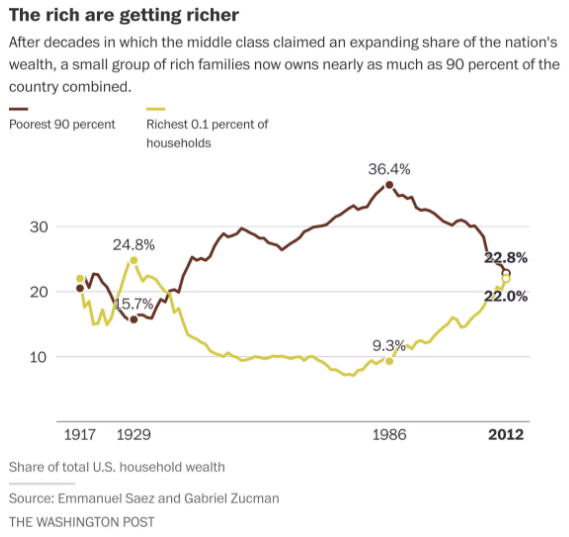 These figures suggest compelling practical reasons for Democrats to talk about taxing wealth. For many on the left, inequality is a serious problem in itself, and conventional taxes on income can only go so far toward a more egalitarian economy. ...

Kamin endorses a basic shift in the way capital gains are taxed. Currently, investors pay taxes on their gains only when they sell their assets.

As a result, investors can put off paying that tax by holding onto their assets for decades or even generations. Instead, Kamin argues, investors should pay taxes every year based on the change in the price of the securities they own.

While intuitive, a system like this one could be hard to enforce, since many securities are not publicly traded and are difficult to value as a result. Ed Kleinbard, a legal scholar at the University of Southern California, suggests instead requiring households to pay a flat fee every year in the form of a percentage of their initial investments.

Kleinard's plan would be economically similar to the kind of tax on wealth that Piketty has famously advocated. Kleinbard also compares his proposal to those that have been adopted successfully in Nordic countries, which have often served as models for U.S. policymakers on the left.

There are differences, though. Most legal scholars agree an explicit tax on wealth — like those in Europe — would be unconstitutional in the United States. That is because of an obscure clause some argue was intended to prevent the federal government from taxing slaves in the South. The 16th Amendment, ratified in 1913, gave the government the authority to tax wealth indirectly by taxing the income from capital.

Beyond the legal issues, a more serious objection to taxes on capital is that they slow down the economy by discouraging saving and investment. Overcoming that common point of view could be a challenge for left-leaning thinkers who want a change in the way Democrats talk about the issue. ...

The economic argument against taxing capital is less and less persuasive, Kleinbard said, as the economy becomes more unequal and more rich Americans drawn on inherited wealth rather than the fruits of their own thrift and labor. ... “Half of all the capital invested by Americans today comes not from my labor but from my having chosen my parents wisely,” Kleinbard said. “That’s just serendipity.”

Anyway, this sounds exactly like the standard Democratic Party Vote line for the last 15 years: "Vote Buying for Dummies". To enact any of this requires a total takeover of the House, Senate, and Presidency, and the oldest party in history is starting at the very bottom of the bucket, legislatively.