Caron & Testy:  The Quantity And Quality Of Law School Applicants 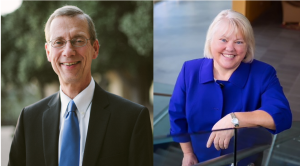 We spent some time together at the recent ABA Deans Workshop in Washington, D.C. and discussed recent blog posts Paul had written about the declining quantity and quality of law school applicants.  These posts have attracted quite a bit of attention in the blogosphere and mainstream media.  Unfortunately, Paul relied on incomplete data on the Internet and conflated some of the reporting categories rather than using official LSAC data and categorization.  We want to set the record straight in this blog post and also announce a new initiative to ensure that accurate legal education data is more easily accessible by the law school community and the public. 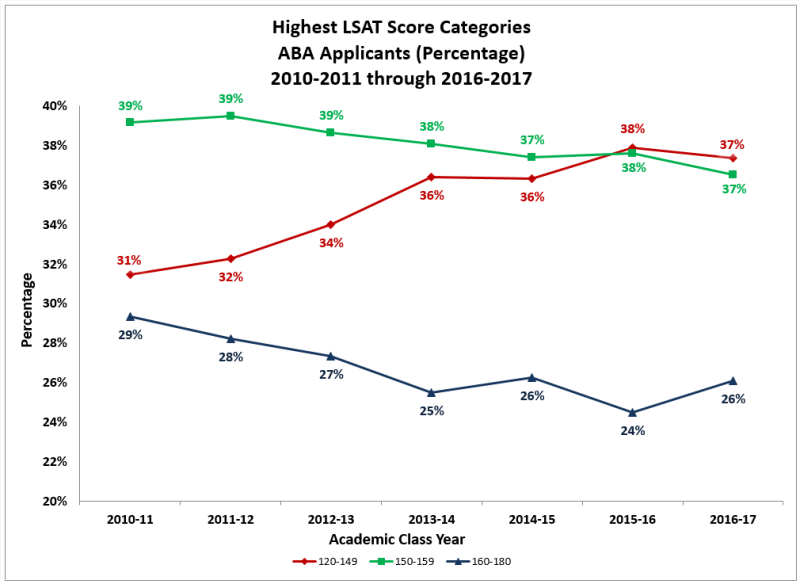 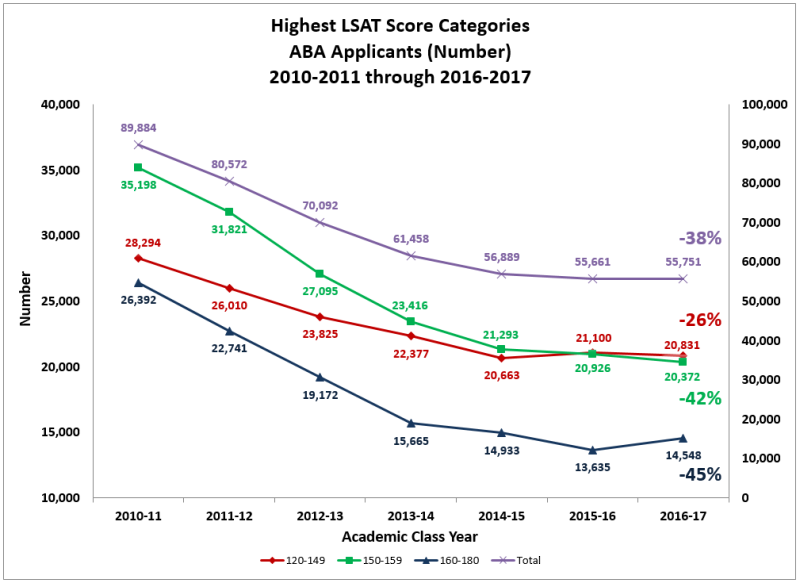 One of Kellye’s goals as the new President of LSAC is to ensure that legal education’s stakeholders have access to accurate and complete data in these challenging times to better inform debate and decision-making.  In addition, she will prioritize leading LSAC to be an even stronger partner to law schools, working collaboratively with deans for the benefit of legal education, the profession, and the rule of law.  As part that effort, Kellye has agreed to write a monthly column on TaxProf Blog highlighting trends in the most recent LSAC data and new initiatives underway at LSAC of interest to law schools.  This column will be called “The Justice Pipeline” and will start in August.   Paul wants to thank Kellye for her commitment to increase the visibility of LSAC’s data and for her graciousness in correcting the record on the quantity and quality of law school applicants.

The $70K argument is misleading. Most elite places have aid packages made up mostly of grants for families under certain income levels, so that poor kids who can get into such places often pay only a little more than their living expenses (which they would have anyway). People who pay retail usually can afford it (from direct experience). There are sympathetic cases, no doubt, but also spendthrift ones (people who borrow excessively because they don't look past the borrowing moment to the payback one), and neither should drive the discussion. Whatever the cost, however, the value of an education has to be judged over the course of a career, not the first couple of years out, and that's where the benefits of a liberal arts education are the most noticeable. The elite places are elite because they provide a good deal more than a pedigree (though they do provide that), they provide an education, but only for those able to see and take advantage of it. Many a person has gone through Harvard, et al., looking past every experience to its consequences. But as Ron White is fond of saying, YCFS.

Not really sure what you mean to say in the rest of your comment, and the site won't give me time to respond to it anyway., but agree with most of what you say about a liberal arts education.

I went to an elite (or "elite" or even *elite*, depending on one's snobbishness) liberal arts college; I know full well the value of such education and don't want it replaced by the sort of glorified vo-tech training that the private sector wants from higher education. But let's get real: plenty of liberal arts colleges (and liberal arts-oriented universities like Chicago and Dartmouth and such) are cresting $70,000 per year, so outcomes become ever-more important. And unfortunately, just as in law, there is an enormous aspect to prestige/pedigree in most of the industries & fields that still actually give a damn about liberal arts majors. Banking, consulting, think tanks, K street, publishing, elite grad school programs in various disciplines, Teach for America, etc. - all hew to a pedigree-based hiring regime. Most of the rest of the private sector just wants your major to be whatever the job title in question is. I would actually posit that part of why law school applications haven't cratered even further is that today's graduates of not-quite-Swarthmore don't really have anywhere else to go: it's either law school or that unpaid internship, some meaningless sales or call center job that doesn't really require a college education, or another form of graduate school.

@ unemployed - My comment was about the place of the Humanities and Liberal Arts in an undergraduate education, for everyone, not just Harvard graduates. The article I linked to wasn't about a Harvard program or Harvard graduates. But if reading it provoked a rash, try Labaree's book. It makes the case for the Humanities and Liberal Arts in much greater detail, and Labaree is not affiliated with Harvard. The book is more work, of course, but sometimes doing more work results in a bigger payoff.

@ unemployed - My comment was about the place of the Humanities and Liberal Arts in an undergraduate education, for everyone, not just Harvard graduates. The article I linked to wasn't about a Harvard program or Harvard graduates. But if reading it provoked a rash, try Labaree's book. It makes the case for the Humanities and Liberal Arts in much greater detail, and Labaree is not affiliated with Harvard. The book is more work, of course, but sometimes doing more work results in a bigger payoff.

Because the career options for Harvard liberal arts majors is totally representative of those for all liberal arts grads nationwide. Yup, those consultancies and bulge bracket banks sure are known for their widespread, egalitarian HR practices...

@ Jim W. I think the root of the problem is the increasing number of students that graduate with liberal arts degrees. When they realize they have 0 employment prospects, law school becomes a default career. Fix the liberal arts problem and you'll solve the decline in quality in law school admissions. You'll have law students who really want to practice law, and not just go into it by default.

Very useful information / for what it is. This is not about quality of applicants - it is about one imperfect proxy for performance. Most variation in performance cannot be predicted by the lsat / the last time I checked it can't explain seventy per cent of which decile of lsat will be in which decile of law school / let alone meaningful variation within bands. We don't do anyone service by conflating one imperfect proxy with actual success. That would be like saying Pepperdine is a bad law school just because it has a low share of LGBT students.

Why would the best and the brightest take on a mountain of debt to enter a field with horrible career prospects? Shortage of paying work, overabundance of hungry young lawyers entering the field every year. And this has been going on since probably the 80s.

I knew it was time to leave when I kept running into skilled 20-40 year practitioners who weren't clearing close to 100k a year... and they considered themselves fortunate compared to the newcomers. Meanwhile, first year nurses (in med surg, not anything fancy or specialized) with an 18 month RN degree are making 60k a year without overtime- a job that consists largely of helping old people take a shit without accidentally killing themselves.

I much appreciate the prompt correction. You are a class act, Paul, and an example to others who may have in the past presented incorrect statistics.

I believe Paul’s graph defined high LSAT scorers as 165-180. This new graph from LSAC defines high scorers as 160-180. That will make a big difference because the 160-165 grouping is trending in a totally opposite direction from the 165-170 grouping.

I believe it is a just a matter of time before LSAC changes the test so that it is scored 1-5. The explanation will be that schools are misusing the LSAT by placing too much emphasis on minor score discrepancies. The true reasons will be to destroy the bargaining leverage of prospective students and relieve a major element pressure from the US News rankings. For example, a 155-162 on the current scale might all be a 3 on the new 1-5 scale. It would return a ton of power to the middle of the pack schools if those on the higher end couldn’t demand more money because they all had the same score.