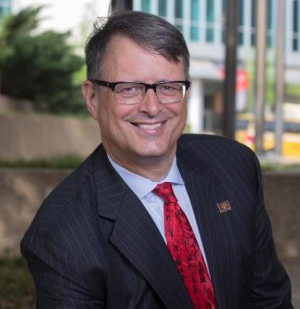 Andrew Morriss oversaw the transformation and dramatic rise in the rankings of the former Texas Wesleyan School of Law into the Texas A&M School of Law. He was the first dean hired by Texas A&M after it bought in 2013, and since then the school has steadily risen from U.S. News & World Report’s unranked tier to claim the No. 92 spot—an almost unheard of ascent.

Now, the university has a new challenge for Morriss: heading up a brand new School of Innovation at its main campus in College Station, a gig he will assume Aug. 1.

Legal academics generally aren’t known as innovators. After all, modern law school largely follows the case method format pioneered by Christopher Columbus Langdell at Harvard Law School more than 120 years ago. But Morriss introduced a steady stream of changes at the Fort Worth law school intended to make it more competitive and relevant in today’s legal market.

We spoke with Morriss about what a school of innovation is, the changes at Texas A&M’s law school, and the need for legal educators to embrace new ways of teaching and structuring their law schools. His answers have been edited for length.

What innovations have you pursued at Texas A&M in your time there?

One is that we rethought our first-year curriculum. We added a class called professional identity that’s built around the six Aggie core values: Excellence, integrity, leadership, selfless service, respect and loyalty. We started getting students to think about their life as a professional right at the start. We added a one-credit January course that bridges the first and second semester that covers dispute resolution, so that when you go into the second semester, you’re not thinking litigation is the only way to address stuff. At the end of the year, students have the option to go on a two-week field trip to visit a foreign legal system, and hopefully get a fresh perspective on the U.S. legal system.

The idea is to have narrative arc to your experience in law school. There should be growth. By your third year, you should be doing stuff that lawyers do, in clinics and externships. We expanded our clinical offerings and really looked at giving everyone the opportunity to transition from the “thinking like a lawyer” stage to the “doing like a lawyer” stage.

What advice do you have for other law deans about embracing innovation and change?

We really need to get out of the building more and talk to lawyers about what’s going on in the profession. I visited a law firm in Dallas a couple months ago, and I had to sign a nondisclosure agreement to visit them. They’re set up like a Silicon Valley startup. Their business plan is on the wall, which is why I had to sign the NDA. They’re thinking about the practice of law really differently. They don’t have offices—you can’t sit in the same place more than twice a week. Everything is electronic, in a little cart. They all play table tennis at 4 in the afternoon. And they’re making money.

The other thing we all need to do is be more different from one another. For a long time, law schools have been very similar. The first-year curriculum looked the same. In Texas, Baylor University is the trial lawyer school. That’s their thing. They attract a national student body that wants to be litigators. That’s great. Now, the world doesn’t need 50 Baylors. We all need to find our niches and market that to students. We need to not be afraid to not all look like the same thing.

An open plan office where you can't sit in the same place more than twice a week? That's not innovation, that's stupid, meaningless activity (never mind all the studies that show that "agile" work environments do not actually foster collaboration, but instead cause people to be les productive).