Allard:  The California Bar Exam Is The Tip Of The Lawyer Licensing Iceberg 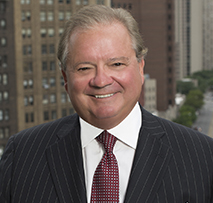 Legal climate change is starting to dramatically crack the frozen status quo of the antiquated bar exam and testing industry. Now we should collectively move forward with determination and deliberateness to address bar exam reform comprehensively and thoughtfully.

The recent initiatives of the California Supreme Court to take back control of licensing and admitting new lawyers, like a huge ice shelf breaking off in Antarctica, signals that there are much larger concerns that will force an overhaul of legal testing and licensing practices eventually everywhere.

Traditional bar exam and licensing practices have outlived their sell-by date. In their present state they are increasingly hard, if not impossible, to justify as serving the best interests of the profession or the public.

Dissatisfaction with "take it or leave it" business as usual by the bar testing industry is not a local phenomenon in just the Golden State. Although the particular circumstances are unique that are precipitating the still to be finalized California judicial intervention, it is likely a forerunner of other major tectonic shifts. This is because, if for no other reason, the progress in California signals that major changes are possible.

Legal educators, professionals, judges and regulators across the country increasingly are asking themselves after years and years of concerns, and when they gather together professionally they are seriously discussing, a simple powerful question: Can we do better?

The answer for a rapidly growing number of knowledgeable people is obvious. The bar exam is only offered twice a year although we live in an on demand 24/7/365 world. The exam is a "one time, all or nothing" ordeal rather than effectively testing knowledge and skills as they are acquired. In New York State, the courts have imposed many other requirements and paths for determining readiness for practice. Consequently, the ritual, burdensome testing covered in much of the traditional bar exam seems like an unnecessary, quaint but expensive redundancy. It also is fair to ask why it is necessary for graduates to pay the profitable cram course industry thousands of dollars to prepare for an exam when earning a JD already required them to undergo constant rigorous testing after studying exactly what the ABA, local bar associations, state courts and law faculties require a law student to learn.

Graduates even have to pay to use their own laptop to take the test — like in Lord Nelson's old-time British Navy, the perversely cruel practice of forcing sailors to braid the Cat-O’-Nine-Tails used for their own lashing. The exorbitant fee charged to use your own laptop, which everyone needs to do, seems to bear even less relationship to the cost of the special security software licensing needed to take the exam than the high price of the crummy lunches bar takers or their school must pay for or go without in our state. Unlike tests in other professions, for law grads it takes waiting months, often without paychecks, to get bar exam results and longer still to go through the process of the character and fitness review of candidates and finally be admitted to practice. (Parenthetically, the LSAT is offered more often and results come out faster, but not as fast as results in other learned professions.) While it has been commonplace to blame bar exam failure rates on educators and the test takers themselves, there has been too little attention paid to the relevance, or lack thereof, of the bar exam to the increasingly strong practical education and training that today's law students receive everywhere, as everyone agrees they should. Similarly, the need persists to credibly determine through objective, independent, well designed and verifiable studies whether or not there is a disparate impact of the exam on test takers based on their gender, economic background, race and other factors.

Although the ABA requires law schools to have learning outcomes and other measures of effectiveness and schools must be adaptive to challenges, there is no similar requirement for NCBE or state boards of law examiners to evaluate their effectiveness. More also needs to be known about the relevance and usefulness of the old-fashioned exam on the rapidly changing language actually used in law practice and spoken by lawyers in our increasingly multilingual, desirably diverse and tech savvy world. It is a new world of law where millennials' communication skills, including savvy up-and-coming people from less privileged backgrounds who have abilities and leadership talent possessed by outstanding lawyers throughout history, and the communications skills of those highly in demand people who speak and dream in more than one language, though impressive, are no longer dominated by the American version of "BBC English" that is still used each July and February in the bar exam. Sorry Strunk & White and Funk & Wagnalls!

Clearly we can do better. In fact, clinging to the timeworn methods of testing aspiring lawyers has got to be one of the greatest, if not the greatest, self-inflicted injuries experienced by the profession. It is a creaky drawbridge that makes entry into a law career an unattractive risk, and reduces the supply of talented new lawyers which in many ways drives up the cost of legal services. That is, as everyone knows from economics 101, the classic behavior of an unregulated monopoly, which after all is what the bar exam has become.

More pointedly, it would be hard to find a single law school graduate preparing for the bar exam who feels it is anything but a monumental waste of time and money that primarily involves rote memorization of obscurities that are irrelevant to their legal studies and future practice. They also realize that it would be malpractice to practice law without looking up and researching answers to client questions, and relying on the wisdom and guidance of others. That all is not to mention that the whole exercise is unpredictable, arbitrary and yields potentially unfair results.

So the significant action by the California Supreme Court could be a decisive impetus for cascading improvements and innovations in other states. California demonstrates that big change is possible despite the suffocating inertia that stymies innovation and improvement of the bar exam. First, despite decades of problems experienced with our approach to bar exams, change is impeded by the rhythms and demands of academic, judicial and bar association calendars that frustrate the ability to take more than episodic, reactive swipes at the problems as they pop up. It is like a very unsatisfactory game of "whack-a-mole". Second, change is also difficult because the entrenched, obscure interests that benefit from perpetuating the business of the bar exam are bolstered by interlocking directorships, comfortable relationships and longstanding practices that are hard to ween regulators away from; such as, for example, the common practice of offering discounts for what should be unnecessary cram courses as incentives for law students to join a bar association. How about instead asking why the courses cost so much and why a law graduate feels compelled to buy the commercial, unregulated product after earning a JD? Cannot anyone imagine a system where the pricey, aggressively marketed, bar association blessed, private prep courses are not advantageous if not downright necessary? Why are bar associations encouraging graduates to shell out thousands to for-profit courses taught online or by video monitors without a real teacher in a classroom — while, ironically, the ABA severely limits the ability of law schools to innovate with online instruction? Well, inducing students to join professional organizations by tying membership to discounts for recorded cram courses is unlikely to encourage thinking about reforms that would upset this applecart. Again, in effect, the present bar exam testing and licensing system looks a lot like an unregulated monopoly.

Nevertheless, the outdated status quo is not a given. California is just the tip of the iceberg.

The anticompetitive and unaccountable testing industry will be forced increasingly, just as decades ago the telephone industry was finally forced to offer more than black rotary phones provided by one company that were fixed by a wire to one location, to evolve and adapt to the changes transforming the world of law or be replaced by something better.

The best way to proceed would be to accept that improvement is desirable and feasible, then to expeditiously move in this direction by convening an independent national commission on the future of admission to law practice. How and who best to perform this role is a topic worth serious consideration. The reform commission should be expected to consider more than incremental or cosmetic changes and to thoroughly explore fresh and disruptive approaches. It must take on board the views of all informed and affected constituencies while breaking free of the inherent conflicted self-interests influencing current practices.

But, let’s not take too long to get going. Getting this right matters for the profession and the people who lawyers serve.

Amen. One omission... it is not a monopoly but a horizontal combination to control supply, which is a form of per se price fixing in violation of the federal Sherman Act. Importantly, Caron needs to add the implications of the recent NC Dental Board v. FTC case, holding that any state body controlled by "active participants" in the profession regulated does not have sovereign status, so these exam procedures (rarely tested or correlated to actual competence) MUST be subject to ACTIVE state supervision outside the profession. The alternative is a continuing felony offense, now prevalent. And treble damage liability, with the damages being three times the lost income for those who flunk but would have been admitted but for the profession's control of its own entry arrangement. THAT is why the Ca Sup Ct is acting. That and a pass point of around 40%. 49 other states better get cracking.

An excellent commentary in every respect, but as Dean Allard would surely agree, California needs to explore doing much more than merely reducing the passing score of the current exam. And, at the risk of sounding like a broken record (a reference maybe just as dated as our current approach to bar admissions), California must not adopt the UBE, which serves mainly to further cement in place the long standing bar exam construct that Dean Allard so eloquently decries. As I have written elsewhere, over 30 years ago, California was a leader in the last major bar examination innovation--performance testing. Perhaps the California Supreme Court's decision to secure full authority over bar admissions will indeed be a first step toward real and meaningful change appropriate for today's legal profession. I'm cautiously optimistic.

In 2002, my MBE was 155. In 2015 (for Florida), 145. I studied just as productively. So I am left to conclude that successfully practicing law and managing a firm for 13 years with thousands of satisfied clients is actually an impediment to the bar exam. Or, in the alternative, the test has become more difficult. My suspicion is that it is a combination of the two.

The rules seem somewhat absurd. A bar committee comprised of people who may have zero or perhaps a handful of satisfied clients feels that it is qualified to bar me. It is this arrogance that has gained lawyers the terrible reputation we have earned. It is as if clients are tertiary to the practice of law.

I, for one, look forward to our AI overlords. Let these bar examiners try to regulate a server in Russia.

I'm confused. Are Bar Exams a self-inflicted injury... or do they make us rich? Because it seems like those two ideas are in tension with each other.