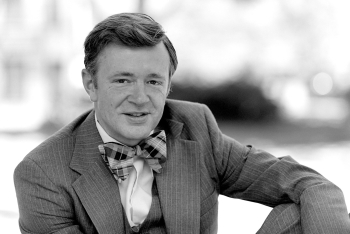 Following up my post on the May 20 death of Harvard tax legend Bill Andrews: below the fold are remembrances of Bill from these Tax Profs:

Remembering Bill Andrews: A Magical Night
In the Spring, 2004, I had the great good fortune to spend the semester visiting at the Harvard Law School. Although Bill Andrews was away for most of the semester, when he returned to Cambridge in April he had the grace to come by my office to introduce himself and invite me to have dinner with him and his wife. Needless to say, I could hardly have been more thrilled or in awe, and of course I gladly accepted his invitation. I have treasured the ensuing evening since, and it remains a highlight of my visit.

At Bill’s suggestion we took public transportation from HLS to his house in Concord, where Shirley met us. As some of you likely know, Bill was a very accomplished pianist, and the large parlor of his Victorian house (complete with wrap-around porch), contained a single Steinway concert grand piano (yes – a classic matte black model D), a music stand, and a chair – at least that is how I remember it. The music stand was for Shirley, who is as accomplished a flutist as he was a pianist. Since we had been discussing the connections between the structure of piano music and the Code on the ride to his house, it seemed natural for me to ask him to play something on his magnificent piano.

What ensued was magical. Bill and Shirley played Beethoven with a depth of feeling and technical mastery that was not only captivating and moving but also revealed the deep bond between them. The piano and flute were beautiful together. His was a mind brilliant and nimble enough to navigate corporate and partnership tax as well as classical music, and so creative that it could not only interpret the great European composers but also question the orthodoxy of income taxation. Its impact is still felt today.

After a while we went out to dinner and the conversation was wide-ranging and lively. We had a number of interactions after that magical evening, but the memory of Bill at the piano with Shirley accompanying him on the flute has endured. His death is a great loss to tax, music, and those many of us who had the good fortune to have our paths cross his. My heartfelt condolences to Shirley and his family – he will be missed.

Bill Andrews is the reason I got into Tax and was a continuing inspiration during my whole career.. I came back to law school after a stint in graduate school and was a bit let down after the first year. But the second year I had Bill for basic tax and all of the lights went on. I will never forget him standing at the board, tossing the chalk and mulling out loud about some problem or other. Just watching his mind work was fascinating. I kept my notes from his classes and used them for decades after I got into teaching myself. His scholarship had an enormous impact on tax thinking, from the consumption tax/income tax debates in his early years to the later work on entity taxation. At the personal level, he was always friendly and approachable and lead rich life, full of his family and his music. An exemplary man who will be missed.

I never had Bill as a student, since he was considered very tough. But I audited his partnership tax class years later in preparation for teaching it, and discovered that he was extraordinarily thoughtful as well as humble and kind. Later still I came to appreciate his writing, especially on consumption taxes, as far more balanced than what some of the literature makes it out to be. He will be missed.

Bill Andrews taught me both Partnership Tax and Estate & Gift Tax during my third year of law school, the last year that he taught (2006-2007). Professor Andrews was kind and gracious both inside and outside of the classroom. He took all questions, whatever level they were at, and cared about helping us to learn the material. I visited Professor Andrews several times that year in his office as well, seeking his advice on my post-graduation plans. We talked about the advantages and disadvantages of the tax practices of various Boston-area law firms, and he helped me think about how to steer my work towards my ultimate goal of a position in academia. Our conversation often strayed to talking about music and about our children, and he always made me feel he had the time for me. He was one of my favorite law school professors, and I am very, very sorry to hear of his passing.

I had the privilege of getting to know Bill Andrews during my years as a tax associate at Sullivan & Worcester.  Each Wednesday, the 20+ lawyers in the tax department gathered for lunch to discuss issues that had arisen in our work for clients.  Bill was of counsel to the firm and would participate in these lunches.  Several of the partners, who were among the best and most sophisticated tax lawyers I have ever met, would come to the lunch armed with tax issues they had been grappling with. Invariably, Bill, hearing the issue for the first time, would offer an insight that would prove enormously helpful in the resolution of the issue.  And he would do so in a gentle, quiet way, often opening with something like "You've probably already thought of this, but ..."

I knew Bill Andrews as a colleague and mentor and I was privileged to work with him on our corporate tax casebook.  He was invariably kind and insightful.

Bill had an uncanny capacity to sit quietly as a colleague elaborated a complex idea and then, with one or two sentences, to reframe the entire discussion.  His scholarship similarly departed from conventional wisdoms and set new ways to think about such topics as consumption taxation and personal deductions.  Bill’s critiques of more technical corporate tax doctrines reflected the same acuity and depth of understanding.

We will miss his smile, his good humor and his insights.

Today, the intellectual construct of consumption taxation and the significance of tax deferral are so foundational to our scholarship that we have a tendency to assume that it has always been so. And indeed, other law profs (Walter Blum, Stanley Surrey, Marvin Chirelstein, Boris Bittker) understood consumption tax analysis before Bill Andrews wrote about it. But Bill revealed it and its implications in such a dazzling way that for my age cohort, he was effectively the discoverer who created a new branch of tax policy scholarship. An understanding of consumption taxation then led us (me at least) onward to a deeper understanding of the significance of deferral which in turn led to a more complete understanding of tax expenditures and tax expenditure analysis and then to an understanding of how it all applied in the international area. It is thus ironic that the illumination Bill provided eventually caused me to become something of a consumption tax skeptic. Nevertheless, I am indebted to him for providing the building blocks of my scholarly career, such as it is. If all that wasn't enough, Bill also did foundational work in corporate taxation. That subject, it is true, doesn't enjoy the intellectual prominence that it did 30 years ago. But one of the reasons it is not so large a part of curent scholarship as it once was is that Bill, working alone and in partnership with Al Warren, did fundamental thinking that narrowed the available lines of inquiry (but it did leave open the integration issue that Mike Graetz and Al Warren have explored so well).

I haven't seen Bill for several years but in our contacts, he was unfailingly friendly and always patient with the fact that I was usually several steps behind him in the thought process. Everyone I knew who knew him described him as a genuinely nice and helpful person who put the lie to any suggestion that high-acieving intellectuals are necessarily abrasive (though many are). I recognize that mortality inevitably ends, but the passing of someone like Bill is, nonetheless, a bit of a shock and it saddens me.

I met Professor Bill Andrews in the spring of 1994.  That semester, he taught Fed Tax as a 1L elective, in an experiment that I believe was not repeated.  If we as students thought we might get an organized doctrinal antidote to the indeterminacy of Constitutional Law, we were disappointed.  That is not what Andrews was selling.  Instead he tried to show us why it was worthwhile to swim around in the tax law and see what we could see. The moments I remember from class are about white space, about the time he spent waiting quietly for us to understand the tax-on-a-tax puzzle of Old Colony or the irresolvable problem of the realization doctrine.  In the space of one semester, Andrews persuaded me to devote a career to tax law -- not because of the fun of technically difficult puzzles, but rather because of the presence of deep tensions and mysteries.