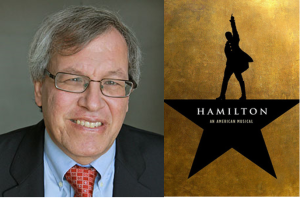 Early on Saturday morning, my wife and I will load up our cars and drive from Irvine to begin our new positions, which officially start on that day, at the University of California, Berkeley School of Law. My nine years in Orange County and at University of California, Irvine have been wonderful, everything I possibly could have hoped for and more. It sounds cliché, but I will drive away with a heavy heart for all I am leaving behind and very mixed emotions.

Many have asked me why I would leave UCI Law School, having devoted a decade of my life to helping to create it since my appointment as the founding dean in September 2007. From the outset, my expectation was that I would spend 10 years as dean. I already had decided and repeatedly said that next year was to be my last in the role. It is time for the Law School to go through a careful re-examination and I am not the one to lead that process; I am too invested in and identified with what we have done.

I am struck by the parallels to the song One Last Time in Hamilton:

[George Washington]  I'm stepping down, I'm not running for President ...
One last time ...
[W]e'll teach them how to say goodbye
To say goodbye
You and I

[GW]  I want to warn against partisan fighting.
Pick up a pen, start writing
I wanna talk about what I have learned
The hard-won wisdom I have earned

[AH]  As far as the people are concerned
You have to serve, you could continue to serve

[GW:]  No! One last time
The people will hear from me
One last time
And if we get this right
We're gonna teach 'em how to say goodbye
You and I

[AH:]  Mr. President, they will say you're weak

[AH:]  Your position is so unique

[GW:]  If I say goodbye, the nation learns to move on It outlives me when I'm gone
Like the scripture says:
“Everyone shall sit under their own vine and fig tree
And no one shall make them afraid.” ...

[GW:]  History has its eyes on you

It is an appropriate time to reflect on my TaxProf Blog series, Advice for Erwin Chemerisnky.

For more on my obsession with interest in Hamilton, see:

I know next to nothing about the play Hamilton (of course I know play is extremely popular and tickets are quite expensive, if people can even get them), but I loved this song. Message from song is move on with your life or career.

Hmmm...sounds like central U. may feel its time for the school to up enrollment and become financially self-sustaining (which it hasn't yet), and team Chemerinsky is getting the heck out of dodge just before the rankings shoe drops.