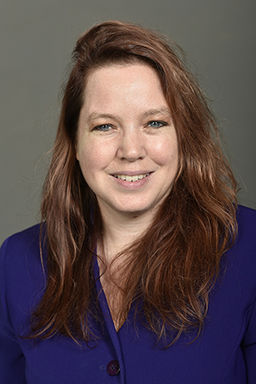 Elaine Wilson, a WVU tax professor and president of the West Virginia Tax Institute, won for her article titled Cooperatives: The First Social Enterprise. It examines the issues of “charitable values and economic benefit within the corporative business model,” the WVU announcement said. She joined the university's faulty in 2012. Her work will be published in DePaul Law Review in the coming months.

“I was surprised, especially because of the talent (here) – there’s a lot of really great scholars who are doing really interesting work and competition is stiff," Wilson told The West Virginia Record.

The award is determined by a facility committee that recognizes work impacting the field. She said she’s practiced for 20 years and it’s gratifying that her colleagues think she successfully made the leap from practice to academia. Further, in talking to others who do research and write about charities, she said there’s currently nothing out there on this particular topic, “so it was fun” to put this out there and examine key questions.

“Charities want to come in and support cooperatives because they think there’s a charitable element to them, they’re helping society through various ways,” she said. “My goal was really (this) – is there something inherently charitable about the corporative format? As a result of that, can a charity support it?”

The professor joined the faculty of the WVU in 2012 and made tenure this year. She teaches tax law, estate and gift taxation and courses in contracts. In 2014-2015, Wilson co-won another WVU College of Law Faculty Significant Scholarship Award and also won the College of Law Professor of the Year award. In 2015, she won the WVU Foundation Award for Outstanding Teaching. “The most moving is the professor of the year award because that’s a direct vote from your students," she said. "For them to stay I had an influence on them and they wanted to hear me at graduation is pretty cool. I got a little worked up when I got the call. The running joke around here is how do (we) get students in tax class? Nobody likes tax class.”

But she’s had an impact on her students, especially former student, Morgan Leach, who is the executive director of the West Virginia Hemp Farmers’ Cooperative. “He’s trying to get hemp to be an agricultural industry and working with legislature to get permitting for hemp seeds,” she said. “I have this student that’s actually trying to set up one of the things (I teach and talk about in my article), and he’s actually up and running.”

Wilson earned a Bachelor of Arts and a Juris Doctor from Boston University. She made partner at Barnes & Thornburg in 2002. In 2009, Wilson was named one of 40 Illinois Attorneys Under 40 To Watch by Chicago Lawyer Magazine. She was also named Lawyer of the Year in Chicago in 2012 for Non-Profit/Charities Law by The Best Lawyers in America.