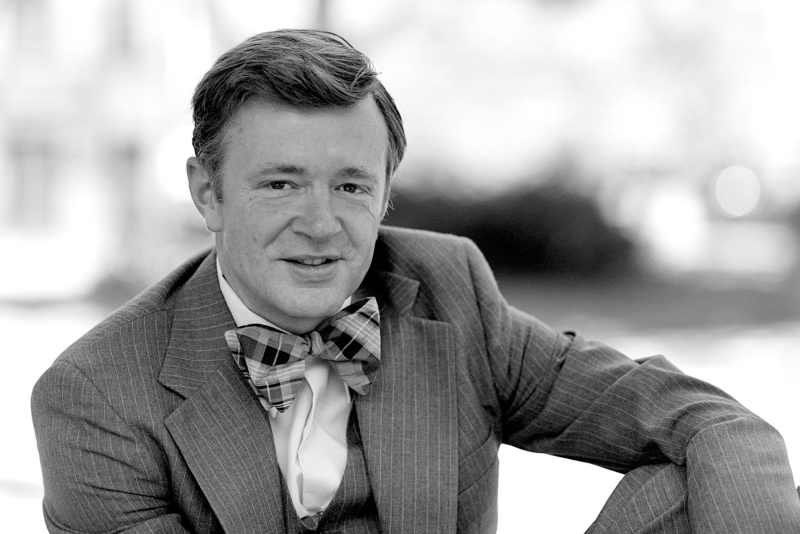 “Bill was a brilliant scholar, influential teacher, and to many of us, a dear friend,” said HLS Dean Martha Minow. “He shaped the fields of partnership and corporate tax; he brought excellence and fairness. He was also a wonderful, caring colleague and mentor whose humor, patience, and his bow tie improved every encounter. He will be greatly missed.”

A longtime tax expert who clarified the world of tax law for generations of lawyers, Andrews focused his research on taxation in general, and taxation of income from partnerships and corporation transactions. His articles on tax law revolutionized thinking in the field, according to his former student Edward J. McCaffery ’85, a tax expert now on the faculty at USC Gould School of Law, who wrote a tribute to Andrews in the Harvard Law Bulletin when Andrews took emeritus status in 2007.

“There is much to admire about Bill’s scholarship, but what I best know and love Bill from are three articles published in the Harvard Law Review, in 1972, 1974 and 1975—known to cognoscenti simply as Andrews 72, 74 and 75,” wrote McCaffery.

While many have written about the importance of finding and taxing all income, from whatever source derived, Andrews offered the leading explanation and defense of a cash-flow consumption tax. His 1974 Harvard Law Review article “A Consumption-Type or Cash Flow Personal Income Tax” is generally regarded as the genesis for serious thinking about the consumption tax as a replacement for the income tax.

“Much of income tax theory in the 20th century was dominated by the so-called Haig-Simons definition of income, which holds essentially that Income equals Consumption plus Savings (I = C + S)—that all money or wealth (income) is either spent (consumption) or not (savings),” wrote McCaffery. “The simple genius of Bill Andrews was to look to the right-hand, or uses side. What we are taxing—in an income tax—is consumption plus savings. This change of perspective effected a Copernican revolution in our thinking about tax.”

His advocacy for a progressive personal expenditure tax to replace the personal income tax still resonates.

Very sad to hear this. He's why I went into tax. I try to emulate his inspiration with my own students.

I remember seeing Andrews in his 70s, he was more original than I was in my 20s.