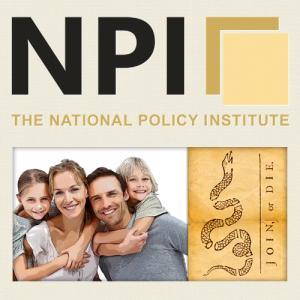 Many white supremacist groups enjoy tax-exempt status. As such, these hate groups do not have to pay federal taxes and people who give money to support these groups may take deductions on their personal taxes. This recognition not only results in potential lost revenue for government programs, but it also serves as a public subsidy of racist propaganda and operates as the federal government’s imprimatur of white supremacist activities. This is all due to an unnecessarily broad definition of “educational” that somehow encompasses the activities of universities, symphonies, and white supremacists. This Essay suggests a change in the Treasury regulations to restrict the definition of educational organizations to refer only to traditional, degree-granting institutions, distance learning organizations, or certain other enumerated entities.

With this change, we would no longer allow white supremacists to call themselves charities, remove the public subsidy of such reprehensible organizations, and eliminate the government’s implicit blessing of hate groups.

Good intentions notwithstanding, how is this NOT in practice more viewpoint discrimination by a government agency?

Last time I checked, hate speech, however defined, is still constitutionally protected. The U.S. isn't Canada, yet, where certain Biblical texts were found to be hate speech by their Supreme Court.

Rural, I understand, but it solves the problem. There have been cases of biker gangs forming a church to avoid RICO. As long as we offer a casino, people are going to play games.

Dale, that's a different argument than the one being made in the article.

Mr. Perry: I can’t follow many of your points. Your writing would benefit from shorter sentences. I was interested, however, in your allegation about the services provided by Planned Parenthood Southeastern PA. (As a native Michigander currently located in Hawai’i, you may or may not be familiar with the unique habit of Native Pennsylvanians to refer to their state as “P”-“A.” As in, you can tell a person from PA, because they . . . .) But I digress. I checked the PPSEPA website, as you suggested, and found the following services available:

Since “In-clinic abortion and abortion by pill” services are not reimbursed by Unca Sam, I am sincerely at a loss as to the point of your penultimate paragraph.

For the same reason why the Catholic Church doesn't pay taxes. We need to get rid all non-profits.

This raises an interesting question. Why do many of those who get hot and bothered that white supremacist groups get tax breaks also become furious at any effort to restrict funding to Planned Parenthood? All the typical present-day white supremacist group is guilty of is impotent ranting. Today’s Klan-like groups lack the power they had during the 1920s. It is Planned Parenthood whose abortion clinics, often located conveniently close to poor black neighborhoods, that abort 300,000 babies a year.
Indeed, in one of her autobiographies Margaret Sanger describes speaking to and being heard with favor by a Ku Klux Klan women’s group in what is apparently 1920s New Jersey. And her 1922 bestseller, The Pivot of Civilization, makes clear the close connection Sanger saw between feminism and driving down the birthrates of immigrants—at that time mostly Jews from Eastern Europe and Catholics from Italy. That’s why she placed her first birth control clinic in Brownsville, a poor immigrant community in NYC.
It is important to understand Sanger’s agenda. Many eugenists in that day embraced positive eugenics (more children from the ‘fit) and negative eugenics (less children from the ‘unfit’). Sanger was a militant negative-only eugenist. All the burden of protecting the ‘fit’ from the ‘unfit’ had to be dealt with by forcing down the birthrate of the unfit. There must be no ‘forced motherhood’ for affluent, professional women such as herself. Understand that and you understand why she remains to this day a feminist heroine. That is not surprising. Excessive aggression in men leads to wars to conquer land. Read the first feminist utopia, Charlotte Perkins Gilman’s Herland, and you’ll realize that excessive aggression in woman leads to efforts to control the births and child-rearing of other women. That’s the entire point of Gilman’s allegedly ideal society.
Nor has time changed anything. Indeed, in her last years—she died in 1966—Sanger remained proud that her organization remained dedicated to its original agenda. You can see that in the drive to legalized abortion. It’s foremost champion in the late 1960s was Dr. Alan Guttmacher, president of Planned Parenthood-World Population and, not accidentally, the former vice-president of the American Eugenics Association. Nor is that a great secret. Linda Gordon’s 1977 Woman’s Body, Woman’s Right, while distorted by her Marxism, revealed that quite clearly. I once had a quite liberal English professor, about to attend a Planned Parenthood brunch, give me what he considered the ultimate argument in favor of legalized abortion. Pointing at a young black man nearby, he said, “That’s why we need legalized abortion.”
Why isn’t this more widely known? Several factors are at play.
First, the real impact of the Internet has not yet been felt. What we openly debate is still driven by a small number of gatekeepers who determine what becomes issues. When Clarence Thomas may have told one woman a few off-color jokes, it became a hot issue for months and still lingers today. In contrast, Bill Clinton’s long history as a hard-core sexual predator and his wife’s vicious coverups have not. That illustrates just how powerful—and morally bankrupt—these gatekeepers are.
Second, what those gatekeepers permit to become issues is driven by consensus among their ranks. For facts such as the motives behind Planned Parenthood and the drive for abortion legalization to remain silenced for so long means that the consensus behind getting rid of an ‘unfit’ black underclass is exceptionally high among their ranks, well in excess of 99%. Keep in mind that these are people who fully approve of the sneers Obama and Hillary directed at an unemployed, church-going, deer-hunting, law-abiding Pennsylvania steel worker. They agree that such people are ‘deplorable’ and ‘bitter clingers.’ And given that attitude, you can imagine the almost genocidal fury they have for the young, violent, drug-dealing, black inner-city males. That’s why that Planned Parenthood supporter I mentioned could point to a young black man and say, “That’s why we need legalized abortion.”
Third, this agenda is concealed by a host of seemingly kindly moves toward blacks that cannot survive close inspection. Affirmative action isn’t about helping unfortunates. It aids blacks from highly advantaged backgrounds (I.e. Obama) and do nothing for whites harmed by generations of poverty or trapped in economic decline (the Rust Belt). It’s real goal is seduce and corrupt any black who shows a talent for leadership so that other agenda can continue. And at that it is working quite well.
You also see that in the hype given to Black Lives Matter. When the drive to cutback on law enforcement in poor black and Hispanic neighborhoods began, many conservatives warned that meant that the black-on-black murder rate would rise rapidly, as indeed in has. They apparently assumed that would change the minds of liberals. I knew it would not, that for liberals driving up the black-on-black wasn’t merely a ‘feature rather than a bug,’ it was a deliberately intentional feature. It’d distract blacks from the fact that eight years with a black president had done them no good. It’d distract blacks from those convenient—and hopefully under Obamacare tax-funded—Planned Parenthood abortion clinics. Feigned outraged in one area would conceal deliberate, calculated negative eugenics on a massive scale in another.
And I can’t emphasize enough what the fact that so-called progressives hate that unemployed Pennsylvania steelworker says about their real attitude toward a never gainfully employed and violent Philadelphia black drug dealer or why they’re so eager that his girl friend have access, tax-paid and tax-exempt to services such as these:
https://www.plannedparenthood.org/planned-parenthood-southeastern-pennsylvania
It’s difficult to describe the contempt we should have for those who get hot and bothered about mere words from impotent nobodies but purr with contentment about funding with taxes an organization and an agenda whose eugenic motivations are all too obvious. It’s the ultimate hypocrisy.

Without being racist, I suspect it would be difficult to craft regulations that wouldn't ensnare organizations like the NAACP or B'nai B'rith. Without concrete examples of whom Mr. Amarante feels is not worthy of equal treatment under the law (and no, I'm not planning on going any further down this rabbit hole than this synopsis) it's difficult to know who he's referring to. For some organizations, I'm likely to agree that there is no public benefit to giving a favorable tax status. As Mr. Livingston notes though, who is to oversee the gatekeepers and make sure they aren't introducing their own bigotry and bias?

Is the NAACP today a black supremacist organization?!

The problem is, what's a hate group? Some people probably think that liberal (or conservative) churches hate them, too. I'm not quite prepared to let Mr. Amarante decide this issue.