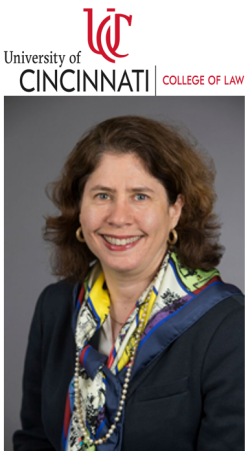 Following up on my previous posts (links below):  newsPRos press release:

May 8, 2017, CINCINNATI — A settlement agreement was reached over the weekend between Dr. Jennifer S. Bard and the University of Cincinnati. The agreement vacates the University’s decision to place Bard on administrative leave — the outcome she sought for the unjustified damage to her reputation.

Dean Bard agreed to withdraw her claims for the violation of her Constitutional rights and for breach of contract. In return the University is granting her two years of academic leave, at her full Dean’s salary, while she retains her tenured professor position in the UC College of Law, with a secondary appointment in the UC College of Medicine. Today Bard resigned her position as Dean because the University failed to support her when a small faction of the faculty resisted her efforts to establish responsible fiscal policies.

Interim Provost Landgren had earlier told a gathering of faculty, staff, and students that, regarding the administrative leave,  “there were no skeletons”, she had done “nothing illegal”, there were “no financial” issues and there were no “ethical or moral issues regarding the Dean’s departure.”  He also stated that there was “no smoking gun” that led to the decision.

According to Marjorie Berman, partner at Krantz & Berman LLP, New York, Bard’s lead attorney, “This settlement demonstrates that Landgren had no basis whatsoever to place Bard on administrative leave and his doing so was wholly unjustified and completely inappropriate. Dean Bard did what the University asked of her in a professional manner with the support of students, alumni, donors, and many faculty and staff.  We are pleased that the University annulled the leave so as to begin to undo the needless damage they caused to her reputation.”

During her time at the school, Dean Bard raised the law school’s rankings, increased enrollment, applications, donor engagement, employment, diversity and bar passage rates while maintaining high academic standards.  She structured a $15 Million gift, the largest in the law school’s history, which added three full-time clinical faculty members.  Her accomplishments as Dean brought praise, as well as a monetary bonus from the Provost who hired her.

The settlement affords Bard the opportunity to re-engage with her research and writing, as well as to pursue other administrative options in academia during her two-year academic leave.

“This is an exciting time to be engaged in health law and I look forward to the opportunities that this academic leave provides for me to contribute to the national conversation” said Bard.  “I wish much success to all our students, alumni, faculty and staff and to Verna Williams as she takes over the reins of the College of Law.” “It is an honor to be on the faculty of this historic law and medical school.”

In addition to Marjorie Berman, Dean Bard is represented in this matter by R. Gary Winters of McCaslin, Imbus & McCaslin, LPA of Cincinnati. “I am grateful for the skill, professionalism and commitment demonstrated by my legal team” said Bard.

We are pleased for all involved at this settlement and would like to move forward constructively. Comments being made by Ms. Bard’s counsel should not be taken at face value, and we dispute their accuracy and truthfulness. 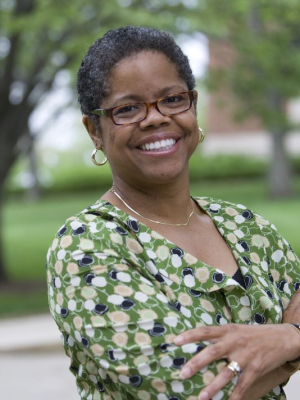 Verna L. Williams, a Judge Joseph P. Kinneary Professor of Law and co-director of the Center for Race, Gender, and Social Justice, will serve as interim dean of the University of Cincinnati College of Law, effective today.

Professor Williams was appointed to her new role by Interim Senior Vice President for Academic Affairs and Provost Peter E. Landgren, following the resignation today of Jennifer Bard as dean and Nippert chair of the College of Law.

Professor Williams, who has a distinguished record of teaching, research, administration and practice, joined the University of Cincinnati College of Law more than 15 years ago, in 2001. She co-directs the university’s joint-degree program in Law and Women’s Studies, a signature program within the College of Law. Other college service has included membership on the college Academic Policy and Curriculum Committee and Dean’s Advisory Committee; chair of both the Appointments Committee and the Reappointment, Promotion and Tenure Committee; and faculty advisor to the Black Law Students Association.

The terms of settlement seem extremely favorable and seem to vindicate her position. I'd being feeling pretty sheepish right now if I were the faculty member(s) who caused the university such great expense.

It sounds like she got what she would have gotten even without threatening a lawsuit, just from her contract and what the university wanted her to do. They had to pay her for her years of the contract, and they don't want her around teaching or doing anything at all. They've just relabeled "administrative leave" with full pay as "sabbatical" with full pay.

What a racket! Momma, when I grow up can I be a college 'ministrtor?

Wow, she must have some GREAT attorneys. That's a ridiculously, absurd deal!