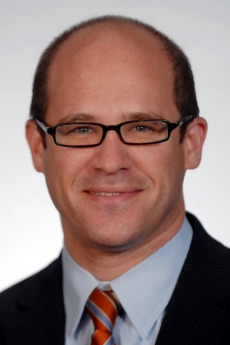 A law professor at George Washington University since 2001, Kerr’s scholarly publications have been cited in more than 2,500 articles and 250 judicial opinions. He has argued cases before the United States Supreme Court and in federal circuits as well as testified before Congressional committees.

“I am thrilled that Orin is joining our faculty,” said Andrew Guzman, dean of USC Gould. “I have followed his work for years, and hold him in the highest regard. Our faculty and students will greatly benefit from Orin becoming part of our intellectual community.”

A gifted litigator and renowned legal scholar, Kerr formerly worked as aJustice Department attorney in the Computer Crime and Intellectual Property Section. A specialist in internet surveillance and computer crime law, he recently was one of the pro bono lawyers for a defendant sued by Facebook and previously defended MySpace “cyberbully” Lori Drew. He is also a celebrated teacher: The George Washington Law School Class of 2009 awarded him the law school’s teaching award.

“I’m looking forward to joining the USC community,” said Kerr. “I am impressed by the law school’s collegiality and scholarly tradition.  It seems like a great place to be.”

Kerr was appointed by Chief Justice John Roberts to serve on the Advisory Committee for the Federal Rules of Criminal Procedure in 2013 and the Judicial Conference’s committee two years later to review the Criminal Justice Act. In 2012, he was appointed to a position as a scholar-in-residence at the Library of Congress; the two-year part-time position focused on information technology, privacy, and criminal justice.

A prolific writer and respected scholar, Kerr was the number one most cited U.S. law professor in criminal law and criminal procedure from 2009-13, according to theLeiter Rankings.

Kerr clerked for Supreme Court Justice Anthony Kennedy and Judge Leonard I. Garth of the U.S. Court of Appeals for the Third Circuit. He served U.S. Senator John Cornyn of the Senate Judiciary Committee as Special Counsel for Supreme Court Nominations during the confirmations of both Sonia Sotomayorand Elena Kagan.

Kerr graduated from Princeton University and received his master’s degree in mechanical engineering from Stanford University. He earned his law degree from Harvard University, where he was executive editor of the Harvard Journal of Law and Public Policy.

In addition to Kerr, USC Gould has recruited two other accomplished legal scholars, Franita Tolson of Florida State University and Michael Simkovic of Seton Hall University, who will join the faculty this month.

Tolson’s research focuses on election law, constitutional law, legal history and employment discrimination, while Simkovic’s scholarship is in law and finance, with a particular emphasis on credit markets, financial regulation, and taxation.