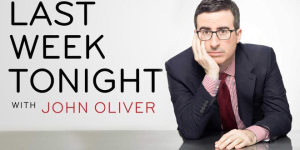 The hypocrisy really gets ratcheted up with John Oliver, the No. 1 darling to so many liberal anti-Trumpies, who regularly attacks GOP tax schemes as giveaways to the rich and detrimental to the poor. ...

For years, Oliver has criticized the estate tax, which opponents, in a smart linguistic move dreamed up by Frank Luntz, long ago labeled the “death tax”; and the tax code’s raft of loopholes that benefit special interests he identified as oil companies and hedge fund managers. Oliver even briefly established the bogus Our Lady of Perpetual Exemption to draw attention to tax-exempt status granted to churches and charities.

Back in July 2014, in an episode in which he lamented the Wealth Gap in America” (which has resulted in the richest one percent of Americans controlling 20 percent of annual income), Oliver said, “At this point the rich are just running up the score…What sets America apart is that we are actively introducing policies that disproportionately benefit the wealthy,” such as tax cuts and loopholes like trusts.

So it’s a little surprising to discover that just months before, Oliver had a tax attorney set up two revocable trusts, one for him and one for his wife, to hide the couple’s purchase of a $9.5 million Manhattan penthouse. Then he used a tax loophole created by Donald Trump himself back in the 1970s, when the current president was merely a prominent New York real estate developer and aspiring celebrity author.

The loophole in question is the banally named “421-a” tax dodge, which was recently attacked in a Daily News op-ed written by two New York state Democrats, one a senator and the other an assemblyman. They said that the original 421-a tax exemption was “designed to encourage new development in locations that were vacant or underutilized,” but that Trump wanted to use it in 1980 when he bought Bonwit Teller in midtown Manhattan. The plan was to tear it down and build Trump Tower, which would mix office space and luxury condos.

“Told by Mayor Ed Koch that the Bonwit site could not qualify for a 421-a tax break, Trump and his lawyer — the infamous Roy Cohn — sued the city,” the News op-ed recalls. “In the end, they won a tax exemption worth $50 million for the extravagant Trump Tower. More importantly, Trump’s lawsuit established that all new development, even luxury projects, would be automatically eligible for the 421-a exemption.”

The article said that the 421-a provision, which expired last year in a political impasse but that Albany is considering revising, will rob state coffers of $1.3 billion of revenue “this year alone in foregone property taxes.”

But just four months before Oliver’s July show, he had hired slick New York law firm Proskauer Rose LLP, which, in addition to union-busting and representing BP America, ChevronTexaco and ExxonMobil, specializes in helping the rich find tax breaks and buy real estate. ... Oliver’s lawyer at the firm was Jay Waxenberg, who “focuses his practice on estate and tax planning and estate and trust administration.” ...In other words, Waxenberg is exactly the type of fancy pants attorney who helps his 1 percent clientele get the tax breaks and use the loopholes that Oliver gets such mileage deriding on TV.

In Oliver’s case, Waxenberg set up two revocable trusts — JO, named for John Oliver, and KNO, named for his wife Kate Norley Oliver — with Waxenberg as the trustee and his law firm serving as the trusts’ registered address. The trusts were then used to create a shell company called Hoagie’s Place LLC, named for Oliver’s beloved dog. Incidentally, Kate Norley Oliver’s New York voter registration shows she is a Democrat and lives in the penthouse in question.

In 2015, Oliver and his wife used Hoagie’s Place to purchase a 39th floor penthouse in an Upper West Side building overlooking the Hudson River for $9.5 million. Property records show they put half down and took out a $4.75 million mortgage from J.P. Morgan. Neither Oliver nor his wife’s name appears on the mortgage, or any of the other property records discussed in this story. Hoagie’s Place is identified as the buyer in the mortgage, but its listed address is an office building in Encino, California that houses dozens of shell corporations and revocable trusts. ...

Oliver benefits from New York’s property tax system, which offers huge advantagesto residents of rich enclaves like the one where he lives. For example, even though Oliver paid $9.5 million for his penthouse, the city assessed its market value for tax purposes at just $1.3 million. However, only $515,000 of that amount was billable for property taxes. At a rate of 12.8 percent, Oliver normally would have paid $66,390.

However, property tax records show that, thanks to Trump and Roy Cohn, Oliver gets the very generous 421-a tax break on the penthouse. Hence, his property’s billable value after the exemption plunged by over $300,000, and he owed just $27,343 for 2016. That comes out to a property tax rate of roughly 0.25 percent, which would make Ronald Reagan and Ayn Rand dance in their graves from happiness.

Oliver used the section 421-a tax abatement provision only in the sense that any buyer of a unit in the building would automatically be entitled to the abatement. That is hardly tax planning on his part. And neither is purchasing through an LLC, which was an apparently unsuccessful attempt to make the purchase less public

so you want him to hire less than the best?

Blaming Trump for this exemption doesn't make Oliver any less of a hypocrite.

The fact that a foreigner can move to America, become filthy rich by ridiculing America, and lament that America doesn't have taxes as high as his native Britain, I find that much larger hypocrisy more interesting than some local property loophole...

It is absolutely amazing what a good tax attorney can do for you.

I congratulate Mr. Oliver for his excellent choice of legal representative.

Not sure why Silverstein finds this "surprising." I sure don't.
The last dig at Reagan and Rand is silly. Reagan was a pro-life conservative; Rand was a dogmatic and idiosyncratic libertarian. Aside from a single kind reference in a 1966 letter, little is known of Reagan's views on Rand. We do know that Rand despised Reagan. Silverstein needs to get out more.