Bill Henderson (Indiana), A Measure of Overcapacity in Legal Education: 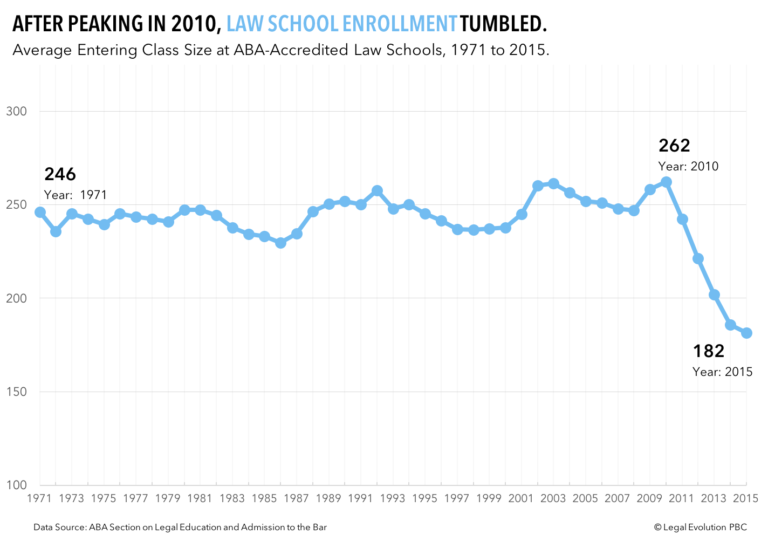 Between 1971 and 2010, the average entering 1L class at an ABA-accredited law school was 246 students with a very narrow band of fluctuation. The high-water mark was 262 in 2010. Every year since 2012 has set a new historical low. As the chart above shows, the average has tumbled by a staggering 31%. ...

I think we will see a few more law school closures, but not nearly many as the grim economics might suggest. Why? Some law schools have responded to the applicant downturn by creating new non-JD programs. Law bears on virtually all realms of human activity – bringing about the opportunity to create one-year Masters degrees, which appear to have significant demand, particularly in large urban centers. Other schools are specializing in online education. To the extent such programs are successful, they will be copied by other law schools in different regions.