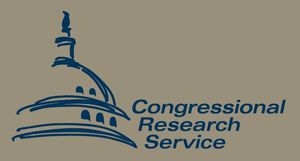 On June 24, 2016, House Speaker Paul Ryan released the Better Way Tax Reform Task Force Blueprint, which provides a revision of federal income taxes. For the individual income tax, the plan would broaden the base, lower the rates (with a top rate of 33%), and alter some of the elements related to family size and structure by eliminating personal exemptions, allowing a larger standard deduction, and adding a dependent credit. For business income, the current income tax would be replaced by a cash-flow tax rebated on exports and imposed on imports, with a top rate of 20% for corporations and 25% for individuals. The cash-flow tax would be border-adjusted (imports taxed and exports excluded), making domestic consumption the tax base. The system would also move to a territorial tax in which foreign source income (except for easily abused income) would not be taxed. In addition, the proposal would repeal estate and gift taxes. Although the Affordable Care Act (ACA) taxes are not repealed in the Better Way tax reform proposal, ACA taxes are repealed in the Healthcare Task Force proposals.

One objective of tax reform is to increase output and efficiency. However, the plan’s estimated output effects appear to be limited in size and possibly negative. The direct effect of lower marginal tax rates on labor supply is limited because the reduction in marginal tax rates is small and largely offset by an increased base that increases effective marginal rates. Capital income effects are also somewhat limited even with the movement to a cash-flow tax (that generally imposes a zero rate) because the current effective tax rate is low, due to current accelerated depreciation and the negative tax rate on debt financed investment. Growth effects are also limited because most empirical evidence does not support large savings and labor supply responses. As currently proposed, the plan loses significant revenue which, according to some estimates, could more than offset the supply responses and eventually lead to a contraction in output.

The plan would achieve efficiency gains, particularly in the allocation of capital by type and industry and in the even treatment of debt and equity finance. It would eliminate many distortions associated with multinational firms, including eliminating the tax treatment that discourages repatriation of foreign source income to the United States and the incentive for firms to invert (shift headquarters abroad) by merging.

Although claims have been made that the border adjustment would penalize imports and favor exports, a true border-adjusted tax has no effect on imports and exports due to the dollar’s appreciation. There may be transitory effects, and for the blueprint, the export exemption may not be received by all exporters, which could cause the plan to act in part as a tariff. There are, however, a number of methods that might be used to obtain the benefits of the export exemption.

Studies of the distributional effects indicate that the plan increases the after-tax income of higherincome individuals compared with lower-income individuals. The plan’s treatment of families of different compositions remains similar to current law, with families with children favored at low incomes and disfavored at high incomes.

The plan would simplify the tax system’s administration and compliance by reducing the number of itemizers, eliminating the estate tax, simplifying depreciation, and eliminating the need for most international tax planning to shift profits out of the United States. However, some new complications would be introduced, including separating favored capital income of pass-through businesses from labor income of their owner-operators and implementing border-tax adjustments.

Other concerns about the tax reform are that the border adjustment will be found illegal by the World Trade Organization and violate bilateral tax treaties. Major changes in business taxes may also complicate the tax administration of state and local governments.