Tax And The Timing Of Lawmaking 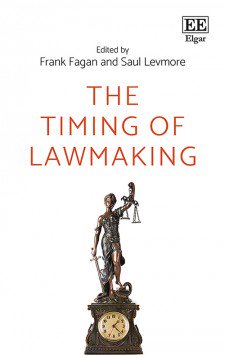 Legal reasoning, pronouncements of judgment, the design and implementation of statutes, and even constitution-making and discourse all depend on timing. This compelling study examines the diverse interactions between law and time, and provides important perspectives on how law's architecture can be understood through time. The book revisits older work on legal transitions and breaks new ground on timing rules, especially with respect to how judges, legislators and regulators use time as a tool when devising new rules. At its core, The Timing of Lawmaking goes directly to the heart of the most basic of legal debates: when should we respect the past, and when should we make a clean break for the future?