More Data On The Closure Of Whittier Law School

Following up on my previous posts on the closure of Whittier Law School (links below):  Derek Muller (Pepperdine), Examining Whittier:

[W]hile emotions are still raw and much remains uncertain, I thought I'd dig into a few publicly-accessible details to examine what's happened at Whittier in the last decade or so. I'll try to be mostly descriptive. Whether one believes the best decision is to close the school, or to address the school's challenges in a different way, is far beyond the scope of this blog (and beyond the available information we have).

Here is one of the six charts: 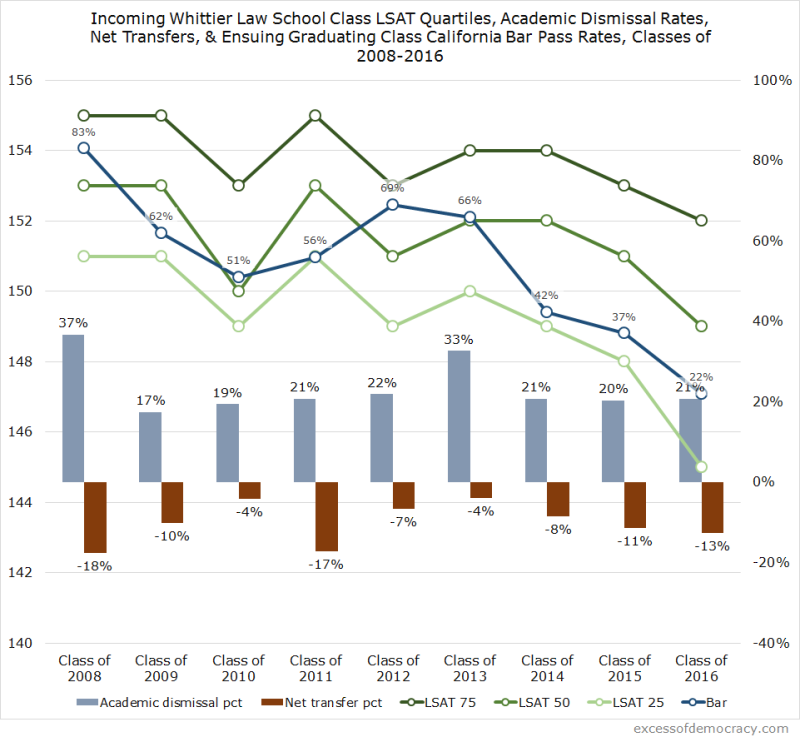 But I hope a few data points present some of the complicated and longer history of decisionmaking, along with some perspective of what's happened at Whittier in the last few years. For schools facing their own challenges, data points like these, and the far more granular internal data schools have, are useful starting points for this discussion.

Seems to me that there are six years' worth of ABA Form 509s on file for Whittier, from which one could see trends in enrollment numbers, percentage receiving tuition discounts, and what the 25th, median, and 75th percentile discounts are, which would give at least a rudimentary analysis of whether their revenue is increasing or decreasing.