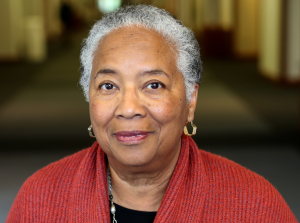 [T]his paper will proceed in four parts. Part I provides a brief history of states’ experience with taxing incomes beginning prior to the enactment of the 16th amendment to the United States constitution and ending with the present. I will touch upon early individual state efforts to tax personal incomes. A salient part of this discussion will highlight the political factors likely to have contributed to states’ decisions to conform to (and not piggy-back onto) the federal internal revenue code. This part will also highlight the ways in which state codes began to depart from the federal code with emphasis on those differences contributing even early on to the regressive effect captured by data currently analyzed by the Institute on Taxation and Economic Policy.

Part II will extend this discussion by focusing on state outcomes, examining more closely the winners and losers on the state level. The objective will be to better understand state level enactments: emulating the federal statute, experimentation in the “state laboratory,” or raw politics? Who or what entities appear to be the winners and losers? Part III examines the state-lawmaking process. It will discuss factors including local political considerations that currently influence that as well as identifying and describing the possibly indirect effect of federal process changes. Overall, this section will explore from the state point-of-view the dynamics driving approaches that contribute to the emergence of the digression that is arguably the diametric opposite of progression. Part IV briefly re-examines the compelling case for progression on both the state and federal levels. It explores alternative strategies that may be deployed on the federal level to effectuate progression in state income tax systems. It also reaffirms the case for progression even where states fail to pursue this policy objective and explores options that may be utilized on the federal level where state policy cannot or will not accommodate this objective. Part V closes.