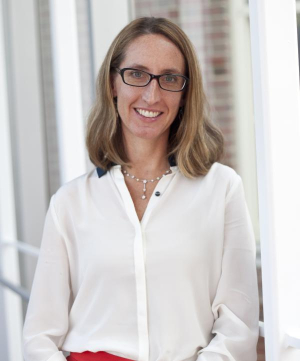 For years, federal investigators have been scrutinizing Caterpillar’s overseas tax affairs with no resolution to the examinations of the complex maneuvers involving billions of dollars and one of the company’s Swiss subsidiaries.

Now, a report commissioned by the government and reviewed by The New York Times accuses the heavy-equipment maker of carrying out tax and accounting fraud. It is extremely rare to accuse a big multinational company of tax fraud, which could result in high penalties.

“Caterpillar did not comply with either U.S. tax law or U.S. financial reporting rules,” wrote Leslie A. Robinson, an accounting professor at the Tuck School of Business at Dartmouth College and the author of the report. “I believe that the company’s noncompliance with these rules was deliberate and primarily with the intention of maintaining a higher share price. These actions were fraudulent rather than negligent.”

No charges have been filed, and it is not clear whether investigators agree with the findings or intend to act on them. The report, which has not been made public or made available to Caterpillar, outlines a company strategy for bringing home billions of dollars from offshore affiliates while avoiding federal income taxes on those earnings. ...

Caterpillar’s strategies for reducing the taxes it must pay in the United States have saved the company billions of dollars. Last week, federal agents raided three Caterpillar buildings near its headquarters in Peoria, Ill., as part of the investigation. Caterpillar said it was cooperating with law enforcement.

The company’s tax practices have been a focus of government investigators since a 2014 Senate hearing found that the company cut its tax bill by $2.4 billion over 13 years, moving earnings out of the United States and into a Swiss subsidiary, despite internal company warnings that the strategy lacked a business purpose, other than tax avoidance. ...

It is not clear which federal agency hired Ms. Robinson. In her report she wrote that she was asked to provide a written opinion of Caterpillar’s financial reporting related to various tax accounting standards, “as pertaining to” the investigation of Caterpillar by the Federal Deposit Insurance Corporation Office of Inspector General. “I was provided with all documents available to the case agents assigned to the investigation,” Ms. Robinson wrote. She also wrote that she spent approximately 200 hours reviewing the evidence and performing calculations. ...

In the report, Ms. Robinson estimated that Caterpillar has brought back $7.9 billion into the States, structured as loans, over and beyond the income that had already been taxed overseas. She concluded that the company failed to report those loans for tax or accounting purposes, and she wrote that those profits should be subject to federal taxes.

In one example, she cited correspondence between the company and the Securities and Exchange Commission in which Caterpillar said it had $2.5 billion of income eligible to be brought to the United States tax-free. Ms. Robinson wrote that her research showed that the company did not have “anywhere near” that sum still available to be brought in tax-free.

Caterpillar failed to report those loans as taxable distributions of cash, thus avoiding the tax on earnings brought home from Switzerland, while “enjoying the use of those earnings to meet U.S. cash needs,” she wrote.

Ms. Robinson’s 85-page analysis is based on publicly available and internal financial data of the company, she wrote in the report, as well as bank data tracking wire transfers from Switzerland into the United States.

The report does not explain whether Caterpillar used the type of creative, and often legal, transactions that United States multinationals use to avoid tax on earnings brought home from offshore.

What works for Apple, doesn't work for Cat? Pays to be groovy I guess.

Sometimes where there is smoke there is fire. And sometimes when there is smoke there is only smoke and mirrors.
The accounting professor is said to have prepared report in which the professor concluded that “the company did not comply with either U.S. tax law or U.S. financial reporting rules.” And the professor is said to have further concluded that the company’s behavior was fraudulent rather than negligent. There are hints that Caterpillar is accused of illicitly returned profits to the United States from a foreign subsidiary without paying U.S. income tax on those earnings. We cannot be certain since the report has not been released for public review, other than to the New York Times.
The report is said to have been prepared for an unannounced federal agency for an unannounced purpose. Neither the New York Times nor the professor has released copies for any sort of critical review. One source indicates that Caterpillar has received a copy.
Further reports indicate that search and seizure warrants were applied to Caterpillar on March 9. Perhaps the professor’s report supported those documents. Copies of the search and seizure warrants appear to be available on the internet. A cynical person might think these warrants were publicity stunts designed to embarrass or force a face saving settlement, since Caterpillar has indicated that it was cooperating in the investigation.
A couple of observations from Caterpillar’s annual report follow.
Caterpillar’s annual report indicates that Caterpillar directly employs 40,900 employees in the United States out of a total of 95, 400. The same annual report indicates that 41% of sales and revenues for 2016 were from outside the United States.
The first listed international competitor in Caterpillar’s annual report is Komatsu, a Japanese based company. Under Japanese tax rules, earnings of foreign subsidiaries are no longer subject to tax in Japan on repatriation. So if Komatsu had done precisely what Caterpillar has been accused of (apparently), it is possible that Komatsu would have been to return the profits for use in Japan, free of Japanese income tax. Presumably such returned profits could have been used by Komatsu for such purposes as hiring Japanese employees.

This is quite a contrast to the objections the IRS puts in the way of having whistleblower law firms help them catch tax fraud. Although spending, say, $100,000 for this report (200 hours at $500/hour) was well worth it in terms of capturing revenue for the taxpayer, the IRS does have a limited budget. If Professor Robinson had been hired as part of a private whistleblower cooperating with the IRS, the IRS would not have had to spend a dime for her--- it would have come out of the whistleblower's reward. And of course the implicit cost of the internal IRS lawyers and accountants working on this was much higher.

How many tax-cheating firms are out there that the IRS just doesn't have the resources to go after?