Kamin Presents Getting Americans To Save: In Defense Of (Reformed) Tax Incentives Today At Tulane 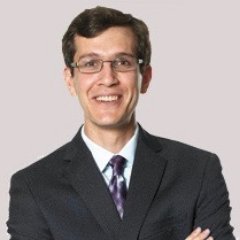 David Kamin (NYU) presents Getting Americans to Save: In Defense of (Reformed) Tax Incentives, 70 Tax L. Rev. ___ (2017), at Tulane today as part of its Workshop on Regulation and Coordination Series:

According to the most recent literature, one of the primary systems for getting Americans to save more — a system of tax-preferred retirement accounts — is fundamentally broken and should be abandoned. This system of 401(k)s, Individual Retirement Accounts (IRAs), and other tax-preferred accounts cost the government about $80 billion per year, and influential new research by Raj Chetty, John Friedman, and co-authors — among others — suggests that tax incentives like these are unable to substantially increase private saving. However, this case against tax incentives is overstated.

A comprehensive review of the literature suggests that tax incentives, in fact, probably can increase saving among many people — and particularly among those participating who are financially unsophisticated and have low savings. Further, the findings of Chetty, Friedman, and co-authors have been both over-interpreted and misinterpreted in important ways. Based on this and an analysis of the trade-offs involved in choosing among instruments to encourage greater saving, this article concludes that tax incentives should be used, but they should be appropriately targeted and deployed, unlike in the current system. And they should be used in combination with a mandatory saving floor and nudges to increase saving above that floor. This is an “all-of-the-above” approach — including the use of tax incentives — that reflects the apparent variation in how people react to these instruments and that should achieve better outcomes than using any one or two of these instruments alone.

What, exactly, is a "mandatory saving floor?"