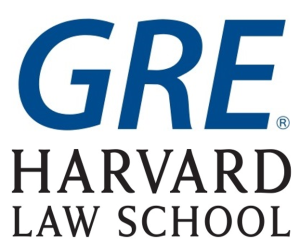 Accepting the GRE is part of an HLS strategy to expand access to legal education.

Starting in the fall of 2017, Harvard Law School will allow applicants to submit either the Graduate Record Examination (GRE) or the Law School Admissions Test (LSAT) to be considered for admission to its three-year J.D. program.

The pilot program to accept the GRE is part of a wider strategy at Harvard Law School to expand access to legal education for students in the United States and internationally. The GRE is offered frequently throughout the year and in numerous locations around the world. Many prospective law school applicants take the GRE as they consider graduate school options. The Law School’s decision to accept the GRE will alleviate the financial burden on applicants who would otherwise be required to prepare and pay for an additional test.

The change is supported by an HLS study, designed in 2016 and completed earlier this year, examining, on an anonymized basis, the GRE scores of current and former HLS students who took both the GRE and the LSAT. In accordance with American Bar Association (ABA) Standards for Legal Education, the aim of the study was to determine whether the GRE is a valid predictor of first-year academic performance in law school. The statistical study showed that the GRE is an equally valid predictor of first-year grades.

“Harvard Law School is continually working to eliminate barriers as we search for the most talented candidates for law and leadership,” said HLS Dean Martha Minow. “For many students, preparing for and taking both the GRE and the LSAT is unaffordable. All students benefit when we can diversify our community in terms of academic background, country of origin, and financial circumstances. Also, given the promise of the revolutions in biology, computer science, and engineering, law needs students with science, technology, engineering and math backgrounds.  For these students, international students, multidisciplinary scholars, and joint-degree students, the GRE is a familiar and accessible test, and using it is a great way to reach candidates not only for law school, but for tackling the issues and opportunities society will be facing.”

In recent years, the Law School has taken other such steps, including: conducting interviews via Skype; eliminating the requirement for a “seat deposit” for accepted students; and launching a deferred-admissions pilot program to encourage and accept applications from Harvard College juniors who commit to two years of post-collegiate work experience prior to starting law school.

Jessica Soban, associate dean for Admissions and Strategic Initiatives, said, “We believe the admissions process should be reflective of the values of the Law School more broadly, and that means experimentation and innovation. Each admissions cycle, we evaluate the changing landscape for top talent and determine how we can continue to attract the best students to the field of law.”

The ABA is currently reviewing possible changes to rules governing which tests law schools may use in making admissions decisions.

Minow said, “We look forward to working with the American Bar Association on finding the most effective ways to encourage the best students to enter the legal profession.”

Harvard Law School’s decision to allow applicants to submit GRE scores instead of LSAT scores has the potential to create a domino effect among other law schools. When Harvard changes their admissions strategy, other law schools take notice.

In reality, to create a true two-test admissions landscape, the vast majority of law schools would have to make this decision too.

Kaplan Test Prep’s view is that choice is always good for students. With the GRE offered almost every day of the year, this will open up doors to applicants who would have otherwise missed deadlines, since the LSAT is only offered a few times per year, or who have shied away from the LSAT.

In a survey that Kaplan Test Prep conducted in May 2016 of 125 law schools, 56 percent said they had no plans to adopt the GRE as an admissions alternative to the LSAT, which at the time was only something the University of Arizona James E. Rogers College of Law had implemented. Just 14 percent said they planned to do it. The remaining 30 percent said they were not sure, which signified a lot of room to grow. We think that number is likely to increase over the next few months. However, for the vast majority of students, this change will have no immediate impact​.

Our advice for pre-law students is that unless the only law schools they plan to apply to are Harvard University and the University of Arizona is to take the LSAT, since it’s still the only admissions exam accepted by every law school.

One other point to consider is that over the past few years, law schools across the United States have experienced slumping applications and enrollments, which has even led to some law schools closing or merging. While Harvard is in no danger of falling into any of those categories, other law schools may see the GRE option as a way to grow their applicant pools and as a way to diversify their student bodies, which has long been a goal for many.

Continuing on the "HLS applicants can't afford both the GRE and LSAT."

So in short, the $92,200 annual cost of attendance is affordable, the $815 bar exam fee in Harvard's home state is affordable (plus costs of Barbri/PMBR/etc), but $323 to take the GRE and LSAT is COMPLETELY UNREASONABLE. That's some pretty tortured logic.

IQ test != aptitude in the legal profession. Why do I get the feeling Veritas is a double-Ivy law professor who *practiced* (read documents) for somewhere between 0 and 1 years before entering the academy and declaring him/herself lord of all legal acumen? And that their well-worn copy of Bell Curve is right next to their copy of the even more odious History of American Intelligence?

Here’s an idea. Have law schools admit students solely on the basis of IQ test scores (e.g., Stanford-Binet) and their undergraduate academic record. College-level performance can serve as a proxy for academic ability and general legal aptitude, but if your goal is to identify the truly brilliant, the IQ test will deliver. Also, consider a mandatory Myers-Briggs personality assessment to root out the emotionally ignorant.

A true need for law students is the ability to think logically.
The LSAT is better in that regard, but the GRE is okay. BTW, we have too damn many lawyers as it is.

"For many students, preparing for and taking both the GRE and LSAT is unaffordable."

That being said there are IP boutiques and such around Beantown that demand their lawyers have at least a MS in the life sciences or engineering or whatnot, so at least this puts pressure on the traditional pipeline those scientists go through to become lawyers: attending Suffolk or NESL at night while science-ing during the day

Well why not? I bet the correlation between GRE results and law school results will track the LSAT pretty well, albeit with different numbers from the LSAT.