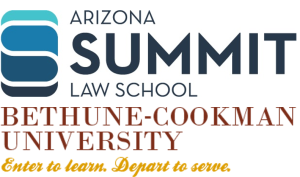 A for-profit law school in downtown Phoenix that is struggling with falling bar-passage rates is moving to affiliate with one of the country’s historically black colleges and universities.

The law school, founded in 2004, once boasted bar passage rates of 97 percent but has seen its percentages drop to 25 percent among first-time test takers.

School officials said they have made several changes aimed at improving bar passage, and that the affiliation with Bethune-Cookman will enable them to benefit from the university's academic support services and marketing. A university official also will serve on Arizona Summit's board of trustees.

The deal would allow both schools to pursue their objectives of diversifying the legal profession, officials said.

"This enables us to take it to a much higher level sooner, swifter and with greater impact," Arizona Summit President Donald Lively said.

Bethune-Cookman President Edison Jackson said in a statement, “Together, we aim to be a leading force in disrupting a legacy of exclusion that has persisted into the 21st century.”

According to the press release, 40 percent of the Arizona population are minorities, but minorities comprise only 8 percent of the state’s bar. ... According to Summit’s ABA Standard 509 information report (PDF) for 2016, 43 percent of its student body were minorities. Its July 2016 bar passage rate for first-time test takers was 24.6 percent. Annual full-time tuition at the law school is $45,354, according to its website.

Lively says that his school has a goal of increasing diversity in the profession, and to do that it accepts more non-traditional law students than other institutions. We bring in students who are in catch-up mode. They’ve gone to schools in less advantaged communities, and many have not had the same level of quality education as people who grew up in more fortunate circumstances,” he told the ABA Journal in February.

Above the Law, Arizona Summit: Now Counting On Black People Not Knowing How To Use Google:

With all due respect to Mr. Lively and Mr. Jackson, these quotes represent some of the dumbest takes on legal education available in the English language. NOTHING THAT THEY ARE SAYING MAKES ANY SENSE.

To Edison Jackson, I’d ask: How, how in the ACTUAL F**K, does sending students to a law school that boasts a 25% first-time bar passage rate disrupt “a legacy of exclusion that has persisted into the 21st century”? NEWS FLASH: Black people who have been to law school but don’t pass the bar ARE STILL EXCLUDED FROM THE LEGAL INDUSTRY. ... Going to a law school like Arizona Summit doesn’t help black people, it hobbles them. Economically disadvantaged minorities are in a terrible position to shoulder the (LST-estimated) $249,469 cost of three years of attendance, only to graduate with an education that doesn’t prepare them to pass the bar and a degree that is practically worthless. ... I’ve made this argument for years. “Poor black people need lawyers, they don’t need more poor black people who became poor by going to law school.” That was me in 2012. If you haven’t heard it before, please give this a read. PLEASE SEND IT TO EDISON JACKSON.

As for Donald Lively … “this enables us to take it to a much higher level sooner, swifter and with greater impact” sounds more like Blake Lively talking about the importance of diversity in legal education than a serious law school dean. But Arizona Summit’s so-called commitment to diversity is barely worth addressing. What really bothers me about Arizona Summit is how they’re poised to essentially blame their own students for their school’s atrocious educational offerings. ... I hate this patronizing, deflecting bulls**t. You are not doing students any FAVORS by admitting kids YOUR SCHOOL can’t skill-up to pass the bar.

These people are disgusting. That's the extent of my thoughts on this.

And soon they'll be peddling to GRE takers. Scum. pure and simple scum.

So the undergrad deans are lining up their grads for the student loan firing squad. How can they live with themselves? Any qualified applicants could get into a real law school on their own merit.