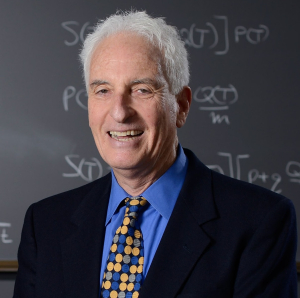 A now retired business school professor, who amassed a $220 million fortune in secret foreign accounts, was sentenced to seven months in prison today for conspiring to defraud the United States and to submit a false expatriation statement to the Internal Revenue Service (IRS), announced Acting Deputy Assistant Attorney General Stuart M. Goldberg of the Justice Department’s Tax Division and U.S. Attorney Dana J. Boente for the Eastern District of Virginia. He also has been assessed and paid a $100 million civil penalty for his concealment of these accounts.

“For 15 years, Dan Horsky stashed assets and hid income offshore in secret bank accounts,” said Acting Deputy Assistant Attorney General Goldberg. “That scheme came to an abrupt end when IRS special agents came knocking on his door. The days of hiding behind shell corporations and foreign bank secrecy laws are over. Now is the time for accountholders to come in, accept responsibility, and help ensure that the lawyers, financial advisers and other professionals who actively facilitated offshore evasion also are held accountable.”

“Hiding assets and creating secret accounts in an attempt to evade income taxes is a losing game,” said U.S. Attorney Boente. “Horsky went to great lengths to hide assets overseas in order to avoid paying his share of taxes to the IRS. Today’s sentence shows that we will continue to prosecute bankers and U.S. citizens who engage in this criminal activity. I want to thank IRS-Criminal Investigation and our prosecutors for their work on this important case.”

“Mr. Horsky’s criminal actions to evade his federal income tax obligations were particularly flagrant and unacceptable,” said Chief Richard Weber of IRS Criminal Investigation (CI). “Together with our law enforcement partners, IRS-CI will continue to unravel complex financial transactions and hold those accountable who hide assets offshore and dodge the tax system. IRS-CI special agents are the best financial investigators and we will continue to follow the money trail wherever it may lead.”

According to documents filed with the court and statements made during the sentencing hearing, Dan Horsky, 71, formerly of Rochester, New York, is a citizen of the United States, the United Kingdom and Israel who served for more than 30 years as a professor of business administration at a university located in New York. Beginning in approximately 1995, Horsky invested in numerous start-up companies, virtually all of which failed. One investment in a business referred to as Company A, however, succeeded spectacularly. In 2000, Horsky transferred his investments into a nominee account in the name of “Horsky Holdings” at an offshore bank in Zurich, Switzerland (the “Swiss Bank”) to conceal his financial transactions and accounts from the IRS and the U.S. Treasury Department.

In 2008, Horsky received approximately $80 million in proceeds from selling Company A’s stock. Horsky filed a fraudulent 2008 tax return that underreported his income by more than $40 million and disclosed only approximately $7 million of his gain from the sale. The Swiss Bank opened multiple accounts for Horsky to assist him in concealing his assets: including one small account for which Horsky admitted that he was a U.S. citizen and resident and another much larger account for which he claimed he was an Israeli citizen and resident. Horsky took some of his gains from selling Company A’s stock and invested in Company B’s stock. By 2015, Horsky’s offshore holdings hidden from the IRS exceeded $220 million.

Horsky directed the activities in his Horsky Holdings’ account and the other accounts he maintained at the Swiss Bank, despite the fact that he made no effort to conceal that he was a U.S. resident. In 2012, Horsky arranged for an individual referred to as Person A to take nominal control over his accounts at the Swiss Bank because the bank was closing accounts controlled by U.S. persons. The Swiss Bank later helped Person A relinquish that individual’s U.S. citizenship, in part to ensure that Horsky’s control over the offshore accounts would not be reported to the IRS. In 2014, Person A filed a false Form 8854 (Initial Annual Expatriation Statement) with the IRS that failed to disclose his net worth on the date of expatriation, failed to disclose his ownership of foreign assets, and falsely certified under penalties of perjury that he was in compliance with his tax obligations for the five preceding tax years.

Horsky’s tax evasion scheme ended in 2015 when IRS special agents confronted him at home regarding his concealment of his foreign financial accounts.

Horsky willfully filed fraudulent federal income tax returns that failed to report his income from, and beneficial interest in and control over, his foreign financial accounts. In addition, Horsky failed to file Reports of Foreign Bank and Financial Accounts (FBARs) up and through 2011, and also filed fraudulent 2012 and 2013 FBARs. In total, in a 15-year tax evasion scheme, Horsky evaded more than $18 million in income and gift tax liabilities.

In addition to the term of prison imposed, Horsky was ordered to serve one year of supervised release and to pay a fine of $250,000. As part of his plea agreement, Horsky also paid a penalty of $100 million dollars to the U.S. Treasury for failing to file, and filing false, FBARs and paid over $13 million in taxes owed to the IRS.

Interesting settlement. He's paying just $13 million of the $18 million in taxes he owes, but $100 million more in penalties? Is this a whistleblower case? The IRS used to say the whilstleblower gets a percentage only of the taxes recovered not the crminal violation penalties. THey lost a big case on that in Tax Court. Is the idea going to reappear here?