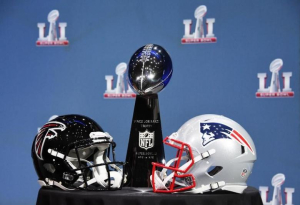 It's also almost tax time, and we should all remember who gets a piece of every bet: the IRS. The IRS gets a piece, whether sports betting, rolling the dice, playing cards, or betting on the ponies. All gambling winnings are taxable income in the eyes of the IRS. And the IRS doesn't allow you to automatically reduce your winnings by your losses either. Here are 7 tips for casual gamblers.

Sports Illustrated, The Super Bowl May Be in 'Tax-Free' Houston, But Most of its Players' Pay Will Still be Taxed:

As Super Bowl LI nears, much has been made of Texas being a state without an income tax. The common refrain is that Super Bowl LI is a tax-free Super Bowl.

Not so fast. Taxes have a way of extending far and wide, and that is true for Super Bowl LI.

Behind the scenes, there is an additional boost: Americans flush from early tax refunds.

This year that beneficial relationship could experience strains, however, as the Internal Revenue Service complies with a new law designed to cut down on tax fraud that is resulting in tens of billions in early refunds going out weeks later than usual.

Quote: "Although Texas has no state income tax, Patriots and Falcons players who are residents of states with income taxes will still be taxed by those states."

That makes sense. They live in those states and get benefits from the services those states provide. Schools, police, fire, and the like need to be funded in some way. If a pro-football player doesn't pay, a grocery clerk will have to pay more.

Of course, what really ticks me off are the giant corporations who draw income from all over (as in Europe), and then for legal purposes locate where the taxes are lowest.

I recently got an email from a large tech company named after a fruit with which I do business. Their legal location is moving from tiny Luxembourg to Ireland. They give no reason, but the most obvious one is tax avoidance.

Try doing that if you run a pub or a mom-and-pop grocery. That's why not hard to see why Trump defeated Hillary despite all the campaign money that companies named after fruit or large numbers poured into her campaign.

And have you noticed that these large tech companies are starting to buy up the financially strained news media? Do you really think that's not going to shape news coverage?