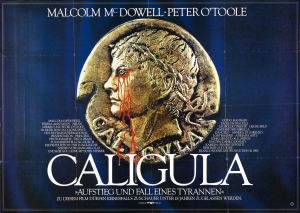 Caligula posted the tax laws in such fine print and so high that his subjects could not read them. Suetonius, The Twelve Caesars, bk. 4, para. 41 (Robert Graves, trans., 1957). That’s not a good idea, we can all agree. How can citizens comply with what they can’t see? And how can anyone assess the tax collector’s exercise of power in that setting? The Internal Revenue Code improves matters in one sense, as it is accessible to everyone with the time and patience to pore over its provisions.

In today’s case, however, the Commissioner of the Internal Revenue Service denied relief to a set of taxpayers who complied in full with the printed and accessible words of the tax laws. The Benenson family, to its good fortune, had the time and patience (and money) to understand how a complex set of tax provisions could lower its taxes.

Tax attorneys advised the family to use a congressionally innovated corporation—a “domestic international sales corporation” (DISC) to be exact—to transfer money from their family-owned company to their sons’ Roth Individual Retirement Accounts. When the family did just that, the Commissioner balked. He acknowledged that the family had complied with the relevant provisions. And he acknowledged that the purpose of the relevant provisions was to lower taxes. But he reasoned that the effect of these transactions was to evade the contribution limits on Roth IRAs and applied the “substanceover-form doctrine,” Appellee’s Br. 41, to recharacterize the transactions as dividends from Summa Holdings to the Benensons followed by excess Roth IRA contributions. The Tax Court upheld the Commissioner’s determination [T.C. Memo. 2015-119].

Each word of the “substance-over-form doctrine,” at least as the Commissioner has used it here, should give pause. If the government can undo transactions that the terms of the Code expressly authorize, it’s fair to ask what the point of making these terms accessible to the taxpayer and binding on the tax collector is. “Form” is “substance” when it comes to law. The words of law (its form) determine content (its substance). How odd, then, to permit the tax collector to reverse the sequence—to allow him to determine the substance of a law and to make it govern “over” the written form of the law—and to call it a “doctrine” no less.

As it turns out, the Commissioner does not have such sweeping authority. And neither do we. Because Summa Holdings used the DISC and Roth IRAs for their congressionally sanctioned purposes—tax avoidance—the Commissioner had no basis for recharacterizing the transactions and no basis for recharacterizing the law’s application to them. We reverse. ...

If Congress sees DISC–Roth IRA transactions of this sort as unwise or as creating an improper loophole, it should fix the problem. Until then, the DISC will continue to provide tax savings to the owners of U.S. export companies, just as Congress intended—even if subsequent changes to the Code have increased the scale of the savings beyond Congress’s original estimation. The last thing the federal courts should be doing is rewarding Congress’s creation of an intricate and complicated Internal Revenue Code by closing gaps in taxation whenever that complexity creates them.

"What's unsettling is that the Tax Court bought the IRS's reasoning."

The Tax Court is a branch of the IRS for all practical intent and purpose. I'd be more surprised when they didn't agree with the IRS's reasoning.

Notice the headline on the linked Forbes article? "Conservative judge OKs huge tax shelter". Slanted much? Seems to me from the basic and clear reasoning of the opinion that the "conservative" judge did nothing more than agree that Congress passed a law that included a huge tax shelter. He didn't OK it because that isn't his job, he just agreed that it existed. Kudos to this judge, we need more like him.

There's a theory that Caligula wasn't quite so bad.

No comments on this? It's too complicated for me to understand quickly, but it seems like the 6th circuit has blessed a way to eliminate the contribution limits for Roth IRA's, rightly or wrongly.

What's unsettling is that the Tax Court bought the IRS's reasoning. How many taxpayers have the means to appeal? Summa Holdings was also fortunate in that they could appeal to the Sixth Circuit. Had Summa been in the Ninth Circuit's jurisdiction, it would have been gouged to the limits of its endurance.

IANAL, but did the sixth circuit just say "the law means what it says"?

The last thing the federal courts should be doing is rewarding Congress’s creation of an intricate and complicated Internal Revenue Code by closing gaps in taxation whenever that complexity creates them.

Unless the question involves health care or some other important subject, in which case the court's legitimacy is threatened unless the court attempts to repair the mistakes of the law's authors.

It seems the substance and the form are the same in this case. If so, then this case does not overrule the doctrine. Yes?

Just the tip of the iceberg. For a couple of years, I've been hearing about ideas floating around the federal bureaucracy to go after 401(k) plans and traditional IRAs, specifically because they're tax-deferred. When the beast gets hungry, it looks everywhere it can for sustenance...

Finally. Just because the IRS doesn't like it, doesn't make it wrong.