Revenge Of The Tax Nerds 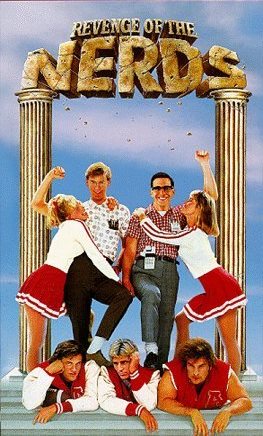 Weekly Standard, Revenge of the Nerds:

How the Prosperity Caucus and the Joint Economic Committee drove the tax reform debate.

If some sort of fundamental tax reform does occur this year—and the odds of its happening are looking good—the politicians, economists, tax lawyers, congressional staffers, trade associations, think tanks, academics, corporations, and others claiming credit for having influenced the legislation that finally becomes law will be legion.

But the critical impetus for reform has arguably come from a loose clique of policy wonks with ties to an inconsequential congressional committee—a group that came to be called the Prosperity Caucus. Its monthly meetings—which began 30 years ago, shortly after the last big tax reform passed in 1986—have been a regular abode for a long list of thinkers who have greatly influenced Republican thinking about tax reform. Its alumni now hold key positions in Congress and the Trump administration, and one happens to be the current speaker of the House. If any entity can rightly lay claim to credit for the reform, the Prosperity Caucus can.

The roots of the current tax reform efforts lie in a GOP push starting in the late 1970s to make the tax code more amenable to economic growth. ... [T]here was a committee with staff eager to help—the Joint Economic Committee, which had been set up just after World War II along with the president's Council of Economic Advisers. Congress's intent was for the JEC to provide unvarnished economic advice, just as the CEA was supposed to do for the president. However, its lack of legislative jurisdiction made it a sort of ugly stepchild on the Hill. It wasn't the place for ambitious staffers to make their mark, but it was the only place on the Hill where wonky economists could be found, usually without a whole lot to do.

While most members saw little reason to bother with the committee—Lyndon Johnson remarked it was as "useless as tits on a bull" and laid claim to its offices the minute he became majority leader—a few resourceful members had figured out how to use it. ... While no one else in Washington seemed to appreciate the seismic changes in economists' understanding of how the world worked, the wonks at the JEC had an idea of the implications. What's more, they had a few congressmen who actually listened to them—a rare occurrence in any era. Their message to the members was more than just telling them to cut taxes: They argued that taxing capital income was an extremely costly way to generate revenue and reduce inequality because of its drag on economic growth. ...

In the ensuing decades a number of people now poised to play a prominent role in tax reform came through the committee and participated in the Prosperity Caucus. Besides [Steve] Entin, who's about the only regular attendee for its entire 30-year run, the ranks of JEC alum who regularly attended the Prosperity Caucus at some point have included David Malpass—rumored to be the next deputy secretary of the Treasury—as well as Jeff Wrase and Robert O'Quinn, the chief economists for the Senate Finance Committee and the House Ways and Means Committee. Wrase is generally considered to be the best Republican tax economist in town.

Steve Moore and Jim Carter, who ran the group in the 1990s, helped the Trump campaign put together its own tax reform plan, while also running tax reform for the transition. Before them the group was run by Bob Stein, another JEC economist, who got help from his buddy Paul Ryan, who worked for Kemp at the time. When Ryan was elected to Congress he immediately went on the Joint Economic Committee. His successor at Ways and Means, Rep. Kevin Brady, went onto the committee shortly after Ryan did and later chaired it. And in 1987 Senator Hatch was appointed to the Finance Committee, which he now chairs.

The Ways and Means Committee tax reform blueprint largely embraces the Prosperity Caucus perspective.  Ryan's predecessor at Ways and Means, Dave Camp, proposed his own plan to fix the tax code, but a key difference is that the Ryan/Brady plan, dubbed "A Better Way," treats capital investment much differently. Camp, who retired from Congress in 2014, called for eliminating bonus depreciation, whereby companies can deduct more of an investment up front than the amount by which it depreciates the first year, and would have used the savings to finance a lower corporate tax rate. The rationale, one Ways and Means staffer explained to me, was that companies simply did not seem to value accelerated depreciation and would have preferred a lower rate instead.

The Better Way plan, on the other hand, would allow companies to immediately deduct all capital investment—what economists refer to as full expensing. This is an expensive proposition, costing some $2 trillion in forgone revenue over a decade, but Ryan, Brady, and their advisers think it will greatly increase investment by firms, in turn boosting productivity, wages, employment, and growth. To make up for some of the revenue lost via full expensing, the Better Way plan gets rid of the ability of corporations to deduct interest payments from taxes: With full expensing, debt-financed investment would effectively have a negative tax rate, making the deduction superfluous for most.

The plan's other revenue raiser is the move to border adjustability—the imposition of a 20 percent corporate tax on imports, while exempting exports from the domestic corporate income tax. Taken together these represent a revenue-neutral change but a radical departure from the current code.

The Prosperity Caucus/Joint Economic Committee gang has been cheering the Ryan/Brady plan the loudest: If there is one idea that ties the group together it is that taxing capital income is a terrible way to collect revenue and reduce income inequality. Steve Entin has been the Apostle Paul for the idea that companies should be allowed to immediately deduct capital investment rather than spread it out over its useful life, and he has converted many Republicans. It is worth noting that the models of the Joint Committee on Taxation suggest that a tax cut on capital produces more growth than an equivalent reduction in the corporate rate.

The major changes in the Better Way plan—border adjustability, full expensing, and the end of interest deductibility—effectively represent the rare example of a legislative agenda being driven not by vested interests but by ideas. As a result the plan has many critics, and actually achieving a reform that includes these provisions may be difficult.

But the odds are better than ever that a major tax reform will occur in the next two years, and it's a safe bet that whatever emerges will have been shaped to a large degree by the work of an inconsequential committee and its pizza-and-beer offspring, the Prosperity Caucus.

"If some sort of fundamental tax reform does occur this year—and the odds of its happening are looking good . . . ." FUNDAMENTAL tax reform? Really?!?! And you base this supposition on what, exactly?

I agree with PN. I don't foresee either party expending political capital on a major tax overhaul which creates millions of net losers.