Pew:  How Governments Support Higher Education Through The Tax Code

To maximize the impact of higher education investments and achieve desired policy goals, policymakers should have knowledge of the full range of assistance provided to institutions and students. This means having an understanding of the billions of dollars made available through spending programs and the tax code. However, too frequently these two types of support are not considered in tandem, and most states lack the cost estimates they would need to determine how tax provisions for higher education compare in size to other postsecondary investments.

The federal government and the states each invested more than $70 billion in higher education-related spending programs, excluding loans, in academic year 2014, the latest year for which data are available. But that figure, as substantial as it is, does not paint a full picture of federal and state investments in higher education. It excludes the billions of dollars that the federal government and the 41 states plus the District of Columbia that levy personal income taxes provide to students and their families through tax expenditures—such as credits for tuition and college savings incentives—to help offset postsecondary costs. These tax provisions—special deductions, credits, exclusions, and exemptions—allow people to reduce their income tax liability and result in lower federal and state government revenue. They are called tax expenditures because they are similar to direct spending both in their budgetary impacts and in the way they can benefit recipients. The tax code contains many such provisions that support specific policy priorities, of which higher education is just one.

This report explores these findings in greater depth to provide the fullest picture to date of the characteristics and costs of federal and state higher education personal income tax expenditures for students and families. It examines the size of these tax expenditures and their prevalence at the state level, outlines their features, and explains the linkages between state and federal tax codes that generate most of the state-level provisions. 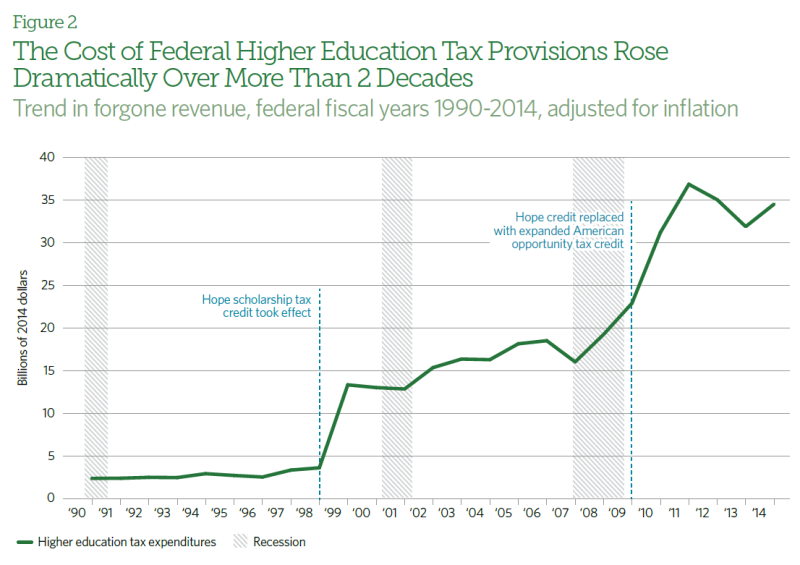 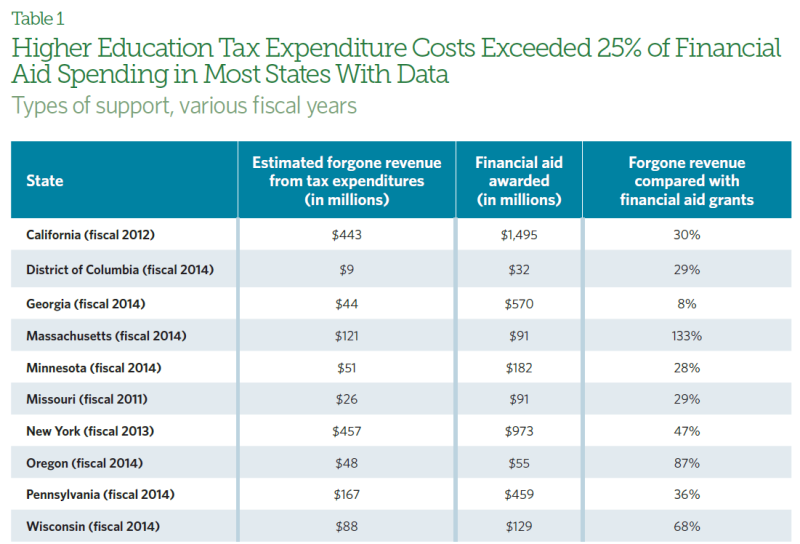 The importance of student-and-family tax expenditures is even bigger than the report above indicates. Research grants to universities, and a large portion of the general expenditures, are for research, not teaching, and really shouldn't count as subsidy of higher education (except insofar as the universities rake off a large fraction of research grants as overhead that goes to teaching expenditures).