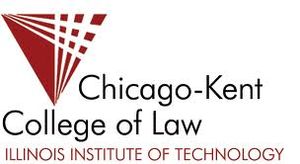 Following up on my previous posts (links below):  one current and one former Chicago-Kent law professor debate the prevalence of discrimination against conservative/libertarian candidates in law faculty hiring:

I have never seen evidence at my school, nor at any of the schools I have inspected for the ABA, of a concerted effort to bar possible hires based on their political beliefs. Several of the signers of the letter have been on our faculty in fact. I think that most of the people who seek teaching jobs tend to be liberal but only because the conservatives are much more apt to stay in law firms and move up to much more lucrative partnerships. Pay scales in law schools do not match up well against what one can earn in private practice.

Response to Ralph Brill (of Chicago-Kent):

I was on the Chicago-Kent faculty from 1990-96, and served on the appts. committee for many of those years (as a member, chair, or assoc. dean serving on the committee).

Chicago-Kent had an excellent record hiring libertarians and conservatives for only about 8 years in the 1980s, essentially ending around the time I was hired in 1990. That short spurt was partly because of the efforts of Randy Barnett who pushed the school to hire on both sides of the spectrum.

Since I was hired at Chicago-Kent in 1990, Ralph, how many conservatives, libertarians—or even moderate Republicans—has Chicago-Kent hired? Ralph, how many current C-K faculty hired since 1990 do you know who voted for any of the last three Republican presidential candidates? Do you think that maybe part of the reason that Chicago-Kent’s amazing improvement plateaued in the early to mid-1990s was that it ceased to do substantial hiring on the right half of the political landscape?

In the early 1990s, Chicago-Kent not only discriminated against conservatives, but even against people who were feared to be conservatives. On the night before a faculty vote on three candidates ranked 1,2,3 out of committee, one committee member admitted to me that she and another committee member had ranked one candidate lower solely because the candidate refused to reveal her politics when she was asked. Since she was in the tax division in the first Bush administration, it was feared that she was “very conservative.” I successfully got one committee member to change his vote so we reported out all three without ranks. The faculty hired the supposed conservative (IMO, the strongest candidate) and she turned out to be a Democrat, spending her first Christmas after being hired working on the Clinton transition team.

On another occasion, I was urging the C-K appointments committee to consider a very strong Asian-Am candidate who had clerked for a conservative justice/judge, whose writing seemed good and apolitical. The most left-wing member of the committee opposed, saying, “What do we really know about him?” I somewhat heatedly responded that all we knew was that—among all the people we were looking at that year—he had the best grades, the best placed scholarship, the best practice recommendations, and the best clerkship. He ended up going to a school slightly higher in the pecking order. Only in the last few months did I meet him again and ask him what his politics were at the time: he was—and is—a Democrat.

When I was a Chicago-Kent faculty member visiting at Texas in 1995, I was asked whether I was a Republican or a Democrat—DURING MY JOB TALK, in front of the whole faculty.

Indeed, at Northwestern, one of the few schools widely open to conservatives and libertarians, one of the most eminent laterals we have ever considered was blocked by a faculty member who admitted to me that she was opposing him because of his politics.

In short, even when Chicago-Kent had a substantial number of conservatives and libertarians, faculty candidates were discriminated against on political grounds. I would be surprised if it’s not worse now.

I can't assess hiring practices, but there are almost no conservatives on the faculties of the four downtown Chicago law schools, Chicago-Kent, Loyola, DePaul and John Marshall.

A lot of the problem is that the few conservatives on law faculties tend to collaborate with the dominant liberals. Lindgren, who like myself is somewhat oppositional, is an exception. At Rutgers, nearly everyone hired in recent decades is liberal or radical, a fact which contributes to the mediocrity of the school as well as its lack of balance, but I don't think we're unusual

Leftist law professors only look at outcomes to see discrimination in every context except when examining their own behavior. Only then do they have a host of ridiculous and incredible excuses.