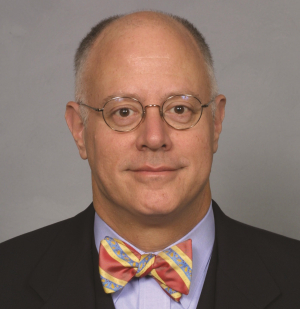 Dean Laura Rosenbury has announced that Fred Murray will join the faculty of the University of Florida Levin College of Law as a full-time Professor of Tax Practice:

Since 2007, Professor Murray has been at Grant Thornton LLP, where he serves as a Managing Director, International Tax Services. In addition, he has taught International Tax as an adjunct Professor of Law in the LL.M. program at the Georgetown University Law Center since 2005. Professor Murray started his career as a tax lawyer at Chamberlain, Hrdlicka in Houston, Texas, where he was a partner, before he left to serve as Special Counsel (Legislation) to the Chief Counsel for the Internal Revenue Service from 1992 to 1996. Professor Murray also has served as a Deputy Assistant Attorney General in the Tax Division of the U.S. Department of Justice, as General Counsel and Director of Tax Affairs of the Tax Executives Institute, and as Vice President for Tax Policy at the National Foreign Trade Council.

Professor Murray will join University of Florida Research Foundation Professor Yariv Brauner, who has been on the UF Law faculty since 2006, and newly appointed Director of the LL.M. in International Tax Program, Mindy Hersfeld, as the core of an outstanding full-time international tax faculty teaching in a highly successful program developed by Culverhouse Professor Emeritus Lawrence Lokken and the late Professor Paul McDaniel. The UF International Tax Program attracts a large body of students from Latin America, Europe, Asia, and Africa that includes not only aspiring international tax lawyers but also established foreign tax professors and government finance officials seeking a broader understanding of international tax policy. Professor Murray will also teach in the LL.M. in Taxation program.

“We are thrilled that Professor Murray will be joining our Graduate Tax Program,” said Dean Rosenbury. “Fred will bring a breadth of tax experience to our classrooms, bolstering our worldwide reputation for producing tax lawyers with the technical expertise needed to solve 21st century problems.”