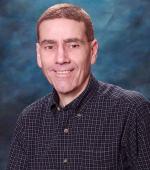 A professor at Creighton University has agreed to return to the law school today after he was temporarily suspended by the school’s dean.

Kenneth Melilli [right], who won the Robert F. Kennedy Memorial Award for Teaching Achievement at Creighton last year, was suspended by the dean of law Wednesday evening, evidently after an argument this month with a senior associate dean of law.

Letters obtained by The World-Herald show Melilli had support from numerous faculty members who intimated they would push for a vote of no confidence against Paul McGreal, dean of law, and Nicholas Mirkay, associate dean of law [and tax professor]. ...

A draft of a letter that was expected to go to Interim Provost Thomas Murray was signed last week by 11 tenured faculty members, including Melilli. The letter said law professors passed a motion recently reaffirming that a majority of law faculty members should rule over educational decisions in the law school.

The letter says that McGreal and Mirkay objected and that Melilli and Mirkay later argued over it. The letter says Melilli, a faculty member since 2000, made what was interpreted as a threat against Mirkay. McGreal “unilaterally suspended” Melilli after consulting the university human resources department, “which has no jurisdiction over faculty discipline,” the letter says.

@ Jim Brock - Sayre's law: Academic politics is the most vicious and bitter form of politics, because the stakes are so low.

Prof. Mellili is a stud! One of the best professors at Creighton Law. I'm glad this got sorted out and he is back doing what he does best.

Wow, an "senior associate dean of law". So, not only do they have "associate deans", an unremarkable proposition, but they have so many that some of them are "senior". No wonder tuition costs are crazy as Hell.

Faculty arguments are so fierce because so little is at stake. Heard that somewhere.