CBO:  U.S. Is On Path To Highest Budget Deficits And Debt In Our History

Congressional Budget Office, CBO’s Assessment of the Long-Term Budget Outlook and Its Approach to Dynamic Analysis:

If current laws governing federal taxes and spending did not change, the United States would face steadily increasing federal budget deficits and debt over the next 30 years, according to projections by CBO. As a result, CBO estimates, public debt would reach 145 percent of GDP by 2047, higher than any percentage previously recorded in the United States. 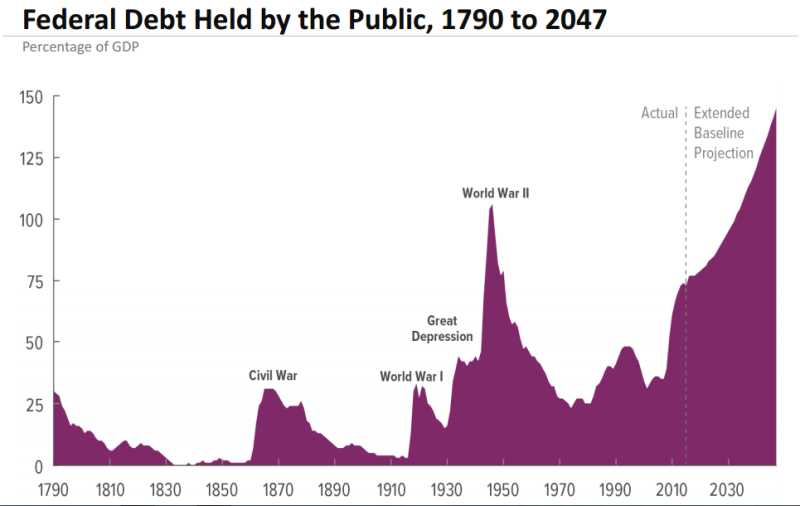 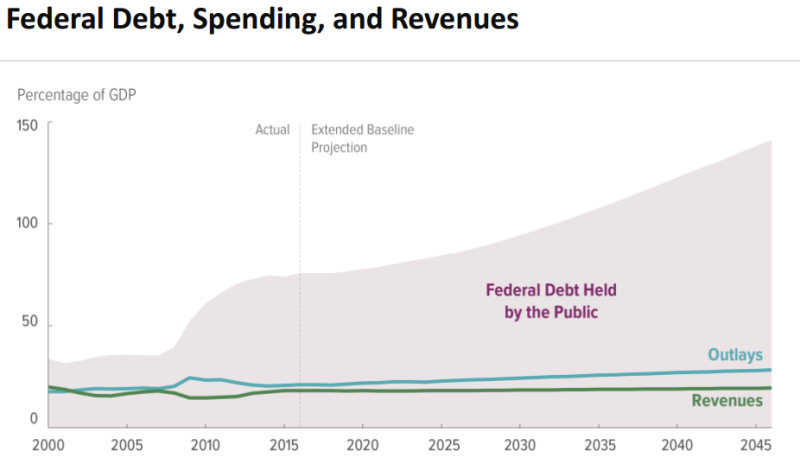