Tillerson Seeks To Defer Tax On Gains From Sale Of Exxon Stock To Comply With Ethics Rules, Using Aggressive Interpretation Of I.R.C. § 83 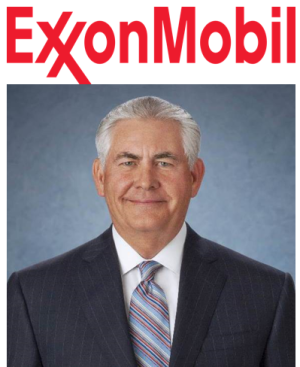 The exit package Exxon Mobil Corp. has agreed to pay Rex Tillerson if he’s confirmed as secretary of state is structured to preserve roughly $180 million in deferred compensation for him — and might let him avoid an immediate federal income tax bill of as much as $72 million, according to tax specialists who have reviewed the plan.

The arrangement was designed to sever Tillerson’s ties to the global oil company he led since 2006 and allow him to comply with federal ethics law. Under the plan, Exxon would make a cash payment into an independent trust managed by Northern Trust Corp. for Tillerson. In exchange, Tillerson, 64, would give up his rights to more than 2 million restricted shares and restricted stock units that haven’t vested yet.

Ordinarily, cash payments made in lieu of unvested stock awards would trigger an immediate income-tax liability for the recipient. But in Tillerson’s case, the trustee will disburse funds to him on a schedule that mirrors the company’s long-horizon vesting schedule.

That means that even though the trust would hold all the cash from the awards, Tillerson wouldn’t receive some of the money for as long as 10 years and would pay ordinary tax as payments trickle in instead of all at once. Exxon can take a corporate income-tax deduction for the payouts, but will do so only when they’re made.

“It’s unusual in that he’s getting a special arrangement that will allow him to continue the value of his deferred compensation through the trust while deferring taxes,” said Michael Kosnitzky, a tax partner in charge of law firm Boies, Schiller & Flexner’s Tax and Middle Markets Practice Group. Kosnitzky, one of six experts contacted for this story, reviewed the publicly available documents in Tillerson’s case.

Tax experts said there’s nothing illegal or unethical about the novel arrangement. Still, the Internal Revenue Service might question the way it effectively converts deferred compensation, which is taxed under tighter rules, into property, which is subject to more lenient deferral rules, Kosnitzky said. “That would be my concern,” he said.

To comply with government ethics rules that require him to divest his stake, and to compensate Mr. Tillerson for his shares that have not yet vested, Exxon has constructed a creative solution: If he is confirmed, the company will cancel the shares and move a pile of cash with roughly the same value into a newly created trust with Mr. Tillerson as the beneficiary. The trust will invest the cash in Treasury securities and other permitted assets and then make payments to Mr. Tillerson gradually over the next decade. Mr. Tillerson will owe taxes at ordinary income rates as he receives the payments, the company expects, mimicking the tax treatment he would have received if he had stayed with the company.

Tax advisers, however, question whether that is the right way to handle it.

Robert J. Jackson Jr., a law professor and executive compensation expert at Columbia University and a former Obama administration Treasury Department official, said Mr. Tillerson should owe the full tax up front because the cash will effectively be his, with little realistic chance that he will lose it.

“Everything in the trust is his property today, which means he must pay tax on it,” Professor Jackson said. The notion that Mr. Tillerson should defer the tax is “a loser of a position in front of the I.R.S.,” he added. “He should pay income tax this year.”

Here is why: Incentive compensation plans like the ones at Exxon Mobil usually mean executives receive stock with restrictions on when they can sell. In Mr. Tillerson’s case, he has about two million Exxon Mobil shares — or the right to shares — that will vest over the coming decade.

Exxon Mobil’s plans include a noncompete clause: If executives leave and work for a competitor before their stock is vested, they lose the stock. The company included a similar feature in the trust arrangement it is establishing for Mr. Tillerson, with no other restrictions.

But some executive compensation consultants, citing I.R.S. regulations, say such noncompete clauses on their own may not be sufficient to subject Mr. Tillerson’s interest in the trust to a significant risk of forfeiture.

“The reality is it’s not that much of a limitation, and for tax purposes, in my experience, it doesn’t work,” said Brian T. Foley, a compensation consultant and tax lawyer. This is especially true for Mr. Tillerson, who is 64 and so is unlikely to risk losing a big chunk of his accumulated compensation by leaving for an Exxon competitor — particularly in the next four years, Professor Jackson said. “Nor do I think someone who has the ambition of being secretary of state should be taking aggressive tax positions moments before their Senate confirmation hearing,” he said. ...

The benefit Mr. Tillerson is seeking is different from the one available to executives who own company stock outright whose sale would be subject to capital gains taxes. Executives who must divest the common shares they own to comply with government ethics rules are permitted to defer the capital gains bill, potentially forever, thanks to a tax code provision enacted during the first Bush administration.

Yet no such deferral benefit exists for the type of restricted stock that Mr. Tillerson is giving up in exchange for his interest in the new trust, said Robert Willens, an independent tax consultant.

“He’s not using the tax code section designed to deal with conflicts of interest,” Mr. Willens said. “Instead, they are making one up as they go along and hoping it works.” He said he thought Mr. Tillerson could make a reasonable argument that the trust arrangement’s restriction on his ability to work for another company in the oil and gas industry was sufficient to put the money at risk.