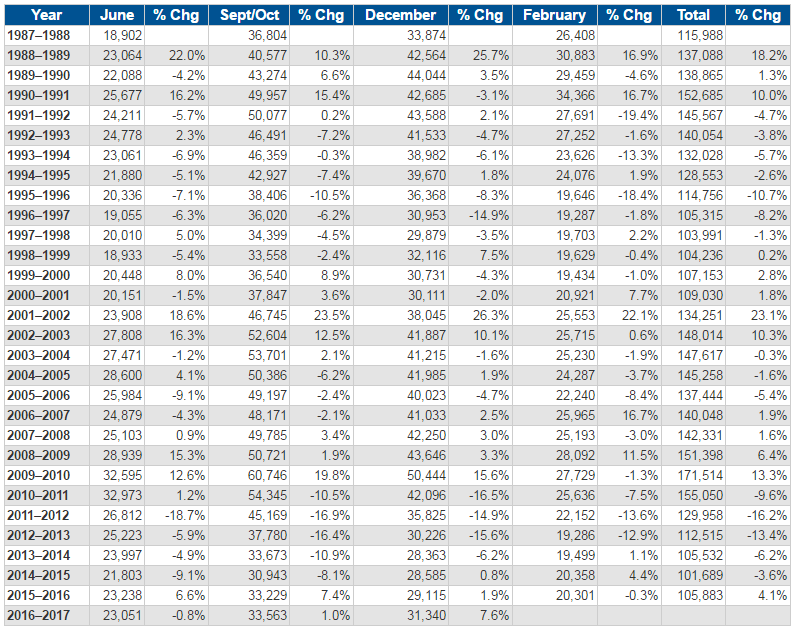 Jeff Thomas, Kaplan Test Prep’s executive director of pre-law programs, cautions about reading too much into the numbers. “We want to be cautious about saying this increase means a boon in interest in law school,” he tells the ABA Journal in an email.

Yes, it’s true that “the legal jobs market landscape has already bottomed out and many BigLaw firms have upped their salaries,” Thomas says. Pre-law students certainly pay attention to those statistics.

But the fall LSAT test was pushed back this year from early October to Sept. 24, a difference of more than a week. Because of the earlier date, many students were opting to take the test in December, rather than in the fall. “This could be part of the reason for the increase rather than a general renewed interest in law school,” Thomas says.

Above the Law, More People Are Taking The LSAT. Is The Legal Profession Rebounding?

Despite the increase in LSAT takers, as of January 13, 2017, applicants for this cycle were down 4.2%. I late December, the decrease was 3.7%. Since scores came out around January 3 or so, it stands to reason there will be no bump in applicants due to the increase in December '16 test takers.