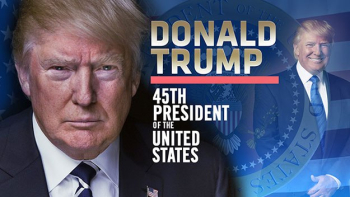 It was no secret during the presidential race that Donald Trump trailed Hillary Clinton in financial donations from the legal industry. Lawyers and firms gave Clinton and affiliated groups more than $39.3 million, while they gave Trump and his groups $1.4 million, according to the Center for Responsive Politics.

But many partners at the nation's largest law firms did back the president-elect—even if they opted to keep their support unusually private.

Some Trump donors at large or prominent law firms, especially in New York, said they made a point not to advertise their political preferences this election. Those who did speak up about their support said they thought others were too intimidated to join them.

Many who donated to Trump said they didn't talk about their support because they felt it would turn off Democratic clients or colleagues, or they didn't want to be seen as culturally insensitive.

"I believe in the concept of the shy Trump supporter," said Samuel Waxman, an M&A partner in New York at Paul Hastings and a Trump supporter himself. "The socially acceptable answer is to say you were a Clinton supporter."

In some ways that reluctance is unsurprising. Big Law tends to lean Democratic, and the elite professionals that make up major law firm partnerships are at odds with the stereotypical Trump voter, many of whom lack advanced degrees or live in rural communities.

Jan
Lawyers should do a lot things but they don't. And this one should be at the bottom of the list.

To attorneys who support Hillary Clinton, please consider this excerpt from paragraph 1 of the New York Rules of Professional Conduct: "[A] lawyer should further the public’s understanding of and confidence in the rule of law and the justice system because, in a constitutional democracy, legal institutions depend on popular participation and support to maintain their authority."

All that money spent to buy off Hillary.... wasted. No wonder Hillary's smiles looked force at the Inaugural and Bill didn't bother to hide his unhappiness. Bye, bye $250,000 speeches. Bye, bye faux donations to the Clinton Foundation.

Oh, the sheer joy of it all. And I suspe that Trump is aware of just what a drag lawsuits are on our economy.

Re: "Some Trump donors at large or prominent law firms, especially in New York, said they made a point not to advertise their political preferences this election. Those who did speak up about their support said they thought others were too intimidated to join them," I hope that the driving factor here is an old fashioned little concept called shame.