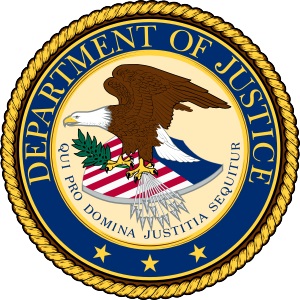 Along with 1,400 other law professors, I signed a letter opposing the nomination of Jeff Sessions for Attorney General of the United States. As a law professor, I signed this letter because of my concerns about maintaining the integrity of the legal system.

Shortly after the law professors’ letter was published, my university counsel’s office got an Open Records Act request seeking my emails.

The request, from a reporter working for a conservative political publication, sought: “a copy of each email (inbound, outbound, deleted, or double deleted) for the university email accounts of Andrea A. Curcio and [a colleague who also signed the letter] from the dates of December 15, 2016, to and including January 3, 2017, which includes any of the keywords “Sessions,” or “Jeff Sessions” or “Attorney General.””

A similar request was sent to university counsel for law professor signatories working at other public institutions.

I have often asked myself the theoretical question: if I had lived in Nazi Germany, or in the McCarthy era, would I have remained silent or would I have taken the risk and spoken up. That question is no longer theoretical.

The issue here is not the expressive activity, but the degree to which some of the professors chose to use taxpayer-provided, public assets for the activity. In a day when public employees are regularly hunted down and fired for politically controversial statements on their personal email and social media accounts, these people were nuts if they really didn't see a risk using public assets and email accounts to oppose a nominee for a federal political post.

Whatever it takes to obliterate the partisan, parasitic professors at our institutions of higher learning.

Gowder, you were doing fine until your last two paragraphs, where you went off the deep end, making stupid accusations about tactics (that have been the mainstay of the Left, or Alt-Left, more than the Right or Alt-Right).

The gamergate crowd and the alt right inventing doxxing and swatting?

Geez dude. You didn't get out much in the 90's and early aughts, did you?

Considering that Democrats and their activists regularly use FOIA requests, does that make them NAZI too?

Paul, your rant is many things, but nuanced is certainly not one of them.

Also provide empirical evidence that gamer gate has anything to do with the origins of the alt right. I mean real evidence, not huff po feels over reals commentary. Otherwise you are just playing a stupid "everyone I don't like is hitler" gamedropping routinue to virtue signaling about stuff you don't even have the faintest idea about.

I think that the request is most likely looking for extreme messages shared between signers of the Anti-Sessions letter during the process of recruiting people to the "cause". There are almost certainly ignorant assertions, libelous statements, some lies, revelations of tactical moves and strategic aims that could be personally or professionally embarrassing for those communicating. Some of the legal academics will almost certainly have said things in ways they intended to be shared only with people they felt certain had the identical views that they held. As Erving Goffmann once usefully described in his distinction between "backstage" and "front stage" behaviors humans say and do things when they feel they are either anonymous or unseen by those unlike themselves that would be absolutely embarrassing.

The fact is the vast majority of the threats and so called harassment in that scandal came from the social justice nuts. And the Zoey and anita et al claims went totally unsubstantiated and highly personally profitable judging from the UN speaking gigs and pateron accounts. Judging from the recent foils, much of it was totally madeup. Meanwhile, their speeches are grandly received at universities with 0 protests, while gamer gamers get bomb threats and mass violence by sjw loons. So pardon me if I dont respect your White Knight routinue.

Enough of this. Can we please have a little bit of nuance here for once?

1. I received a similar request. Honestly, it didn't worry me, and I voluntarily added a few e-mails from my personal e-mail account to the mix. There's nothing wrong with signing the letter (see #2 below), I didn't use any public resources to do so at any rate (what would that even mean, clicking the button from one's office computer rather than personal computer?), and I don't, frankly, give a flying fuck about whether some right-wing rag wants to publish my e-mails or not.

2. There's been a weird hysteria about this letter in certain sections of the blogosphere ("nakedly political" etc.), as if it's some kind of unprofessional conduct for law professors to express a view about the suitability of a candidate for the nation's chief law enforcement officer. What? Personally, I signed the letter because of Sessions's longstanding record of at-best-wishywashyness and at worst opposition to the protections of the Voting Rights Act. As the letter states *right at the very beginning*, the signatories have different reasons for signing on. That was mine. And if it's unprofessional for law professors to express opposition, as law professors, to someone in a law enforcement job not being willing to enforce the law, then I trust that all the right-wing law professors who are now complaining will apologize for their opposition to President Obama's deferred action programs for immigration?

3. Of course the open records request isn't Naziism. Nor is it even McCarthyism. It's not like signatures were secret; if someone wants to create some kind of McCarthyite blacklist, all they have to do is copy and paste the names of the signatories into never-hire-these-commies-for-anything.xls. Bam, done.

4. But of course it *is* a curious and troubling violation of norms surrounding public comment. What does this journalist think he'll get from these records? Some kind of conspiracy? Imaginary misconduct? The sense of sinisterness I think Curcio and others felt from this request comes from the fact that some journalist apparently thinks he'll be able to make something out the perfectly innocent activity.

And this is in the context of an environment in which, since the GamerGate mess particularly, the right has gone to town with strategies like "doxxing" their opponents. People receive death threats with astonishing regularity. The gamergate crowd, that morphed into the alt-right, that became a cheering section for Donald Trump, has been known to use even more vicious tactics, Like "swatting"---calling up the police and phoning in hostage calls/bomb threats/etc. to get a swat team to show up at a victim's house, guns blazing.

So how is any recipient supposed to believe that their e-mails aren't going to be used for ordinary political argument, but for that kind of vicious personal harassment? Or to identify potential targets of hacking operations? Or for defamation of various kinds? These are tactics that are actually in use right now in our depraved political environment. As I said above, I'm not particularly scared, but I'm also a large dude. I know how to throw a punch. I live in a very blue city (albeit in a red state) with not too many people who are likely to get really angry and come over to my house to beat me. Those are all privileges. Many women, in particular, get a lot more harassment and stalking over the internet, and a lot more threats of physical violence. The police in Atlanta, where the "whining" person teaches, are likely to be a lot more trigger-happy if she gets swatted than the Iowa City police department will be if I do. So maybe lay off her for chrissakes?

so, who here is willing to reveal *their own* full name and e-mail address? Jason Yackee? Jeff Calvert? "Todd" ? "Buford Gooch" ?

Is the new conservative party line that professors at public colleges are no longer entitled to academic freedom?

Good to see Curcio getting criticized - all too many law professors (well paid by institutions that have been defrauding students for decades) think of themselves as a breed above the law (FOIA) and have self-delusions about being the unquestionable vanguard of virtue (despite the lies and professional muggings going on that fund their morally empty posturing).

So the law professors decided to get nakedly political, and now one is crying when a political reporter strikes back against them, employing a pathetically inappropriate Nazi analogy?

Cry me a river, when you publicly wade into the cesspool of politics, expect this type of reaction.

Why all the whining? When state employees use state resources to speak out on political matters they not only should be ought to be subject to public scrunity.

I should comment on the Nazi analogy. Those who go ballistic over minor intrusions into their lives—as this open records request—are precisely those who won't have to courage to stand up to nasty regimes.

Shakespeare said it well when he had Julius Caesar remark that: "Cowards die many times before their deaths. The valiant never taste of death but once." This fuss about a perfectly legitimate request is the sound of cowards dying in their hearts. We need not assume that when real death looms and the Gestapo comes knocking, they'd display any courage. They won't.

--Michael W. Perry, editor of Chesterton on War and Peace: Battling the Ideas and Movements that Led to Nazism and World War II

Seriously, Jason is exactly right. The FOIA request isn't governmental oversight at all, but some private citizen seeking information from a governmental entity. The law prof is acting like the authoritarian, upset that their governmental activity is being questioned by the peons.

"If you question anything I say or do, you are Hitler!"

Is it too much to ask for the name of that reporter and conservative outlet that made the request?

I wonder how this wilting violet felt about the effort by LGBT advocates to FOIA Doug Laycock's communications and scholarship, when he was supportive, but not supportive enough, of same sex marriage.

This is really a preposterous and silly analogy. I thought law profs were supposed to be cool, logical cucumbers, not histrionic babies. Law prof seems to think that he is the lowly citizen, and that the open record requester is the big bad government seeking to squash his views. But this is really exactly backwards. Open-record laws serve a very important purpose in allowing citizens to check government misbehavior. The law prof here is a government employee. The requester is a private citizen, invoking, I presume quite lawfully, an open-government law that enjoys wide respect among the public at large and transparency advocates. Sure, you can debate whether FOIA-type laws should apply the same way to state universities as they do to state DNRs or the like, but if that’s the debate you want to have, take it to your state legislature! There is, again presumably, a potentially quite legitimate underlying concern here about the misuse of state property or state time to engage in political activity. The Sessions letter was inherently “political”, very much so. (It also hardly demonstrated much analytic rigor, doing its signers no favors, but that is a different question). Whether it was appropriate, under the relevant state law, to use state resources to draft it is, in the abstract, surely a proper question to ask. I presume that is the question that the requester is really aiming to get at, and I personally don’t see much wrong with using FOIA for that purpose.