It's Time For A New Law School In Charlotte: University Of North Carolina-Charlotte Or Wake Forest 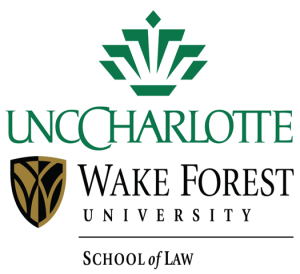 Following up on my previous posts (links below): Charlotte Agenda, Charlotte Needs a Law School. It’s Time to Start a New One (Or Recruit One):

Our city needs to have a law school. And with Charlotte School of Law on the ropes, it’s time to get going on starting a new one. ... It’s time to start building a new law school — or recruiting an existing one to move to Charlotte. Here are two options. One’s likely, the other is more of a long shot.

This isn’t a new idea. The university explored opening a school of law back in 2008. Of course, the economy promptly tanked, and demand for law school and lawyers along with it. That’s still fairly true — law school applications remain near historic lows.

But there are still plenty of people here in Charlotte who are looking to move up in their careers, find a new job and boost their earning power through law school without uprooting their families to do it. Major Charlotte employers are still hungry for talent with law backgrounds. These are the populations a UNC Charlotte law school could serve.

UNC Charlotte doesn’t need to build a flagship, nationally competitive law school flying students in from around the world to be effective. And the university already knows how to fill this niche. Their Professional MBA program ranks among the country’s best by U.S. News.

This one is a bit of a tougher sell, but it’s not without precedent. A few years back, Campbell University moved its law school to downtown Raleigh to be around a larger employment center. Sure, Winston-Salem is not Buies Creek, but Wake could arguably have deeper ties with the corporate and legal community here in Charlotte.

Wake has already done this with its traditional MBA program, which is no longer offered on the main campus. There are Saturday and evening MBA programs in Charlotte.

As an intermediate step, Wake could open a satellite campus Uptown, much like Northeastern University has done.

The definition of insanity...

"Our city needs to have a new law school."

NC does not need a new law school, and any suggestion to the contrary is beyond irresponsible.

The only people who would benefit are law professors and student loan lenders.

- my personal opinion only. I do not speak for any org here.