The IRS's Whistleblower Office has released its FY 2016 Annual Report to Congress: 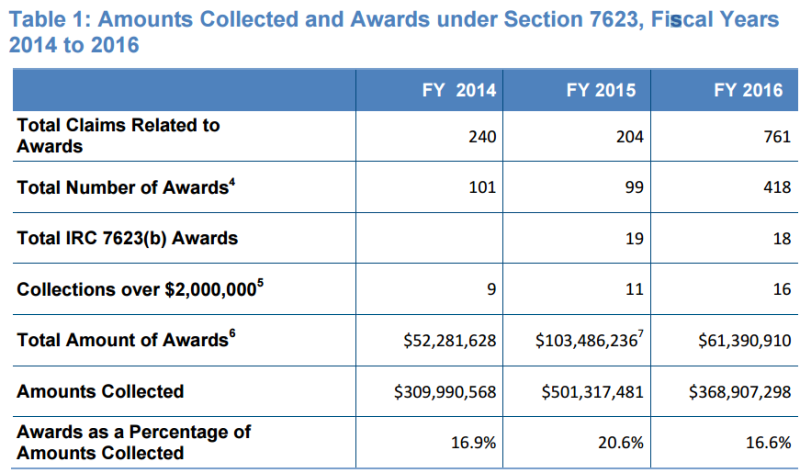 The Internal Revenue Service’s Whistleblower Office ramped up the number of monetary awards it gave to tax tipsters last year, according to a new report.

In fiscal year 2016, the Whistleblower Office made 418 awards to whistleblowers, a total of more than $61 million, representing a 322 percent increase compared to the 99 total awards paid in FY 2015. In addition, whistleblower claims assigned in FY 2016 were up 6.4 percent from those submitted in FY 2015, while closures of whistleblower cases increased 99 percent.

I worked very closely with this Office's new Director, Lee Martin, when I was in the IRS. He is an exceptional leader with a ton of integrity and a "by the book" approach to getting things done. I am not at all surprised by the improvement in metrics under Lee's watch.

You gotta wonder if someone dropped a dime on the Clinton Foundation?