After seven years of fitful declines, the federal budget deficit is projected to begin swelling again, adding nearly $10 trillion to the federal debt over the next 10 years, according to projections from the nonpartisan Congressional Budget Office that reveal the strain that government debt will have on the economy as President Trump embarks on plans to slash taxes and ramp up spending.

Congressional Budget Office, The Budget and Economic Outlook: 2017 to 2027: 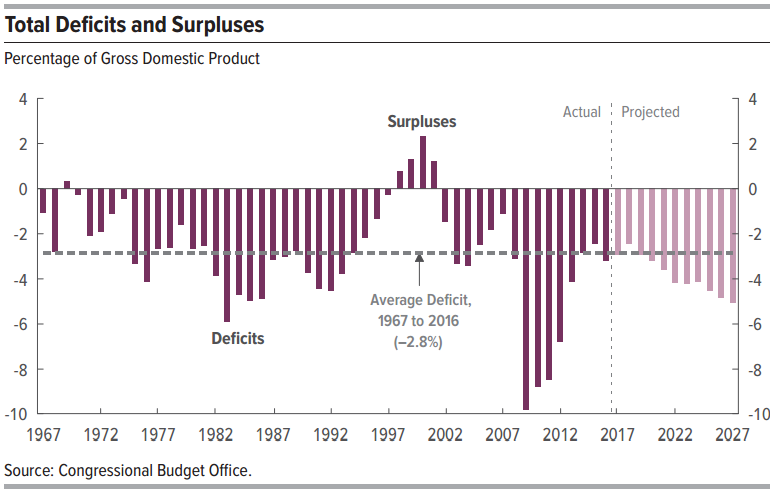 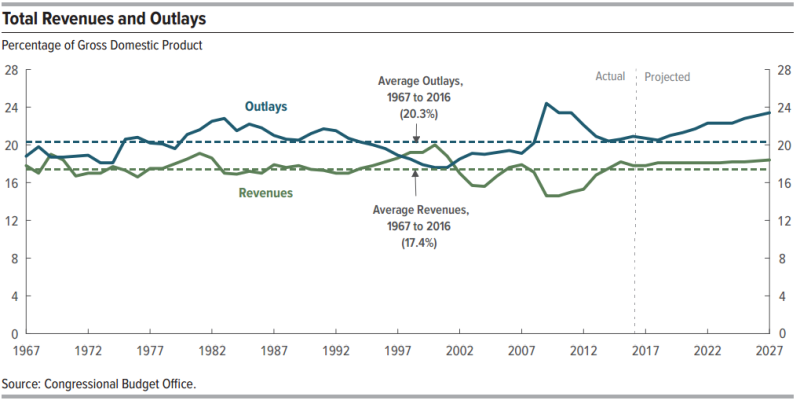 Look, I understand the CBO gets future projections wrong all the time, it's part of their job, but they could at least report past information accurately:

The total federal public debt has been consistently above 100% of GDP since 2012!