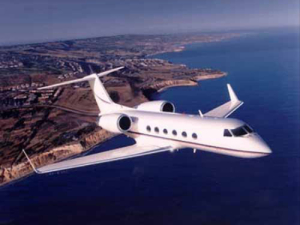 Engstrom founding partner Walter Lack and Thomas Girardi, of Los Angeles plaintiffs firm Girardi Keese, made payments to a corporation they set up called G&L Aviation in order to split the cost of a Gulfstream IV and a Beechcraft King Air 350 turboprop. Lack and Girardi have partnered on several cases including the litigation portrayed in the 2000 film “Erin Brockovich.”

“The Tax Court’s determination that Engstrom’s evidence was adequate to substantiate some, but not all, of Engstrom’s payments to G&L Aviation is not error, clear or otherwise,” the panel wrote in an unpublished memorandum opinion. ...

The panel found that Engstrom produced “no written record” of an agreement to pay G&L Aviation for 24-hour standby use of the aircraft, leaving the court to consider contrary evidence that the planes were at times flown for personal use or that some of the payments went toward a luxury suite at the Staples Center in Los Angeles. “Engstrom’s evidence did not clearly show that all of the flights in question had a business purpose,” the panel wrote.