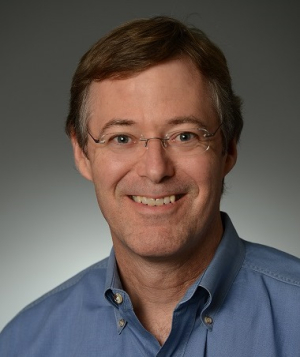 Corporations may have an indefinite life, but not their deductions.

I’ll just keep that company around in case I need it for something. Sometimes clients who sell a business want to preserve the corporation that held the business. While there are occasionally reasons to do so — for example, to deal with potential liabilities — more often such zombie corporations become an annoyance, and clients dissolve them when they realize they have to pay annual state charter fees and tax return fees.

Other taxpayers have other ideas. A human relations consultant who lost his primary client kept his S corporation around for years after the revenue stopped coming in. While there was no revenue, there was no shortage of expenses. The taxpayer claimed a 2009 loss on his K-1 of $5,795 on revenue of zero. Without revenue, what kind of expenses would there be? This kind, according to Tax Court Judge Morrison:

The record as a whole indicates that the Moyers used SLS as a vehicle to claim various personal, living, or family expenses as business deductions.

That, of course, isn’t popular with the IRS. They disallowed the expenses under the “hobby loss” rules for businesses not run with a legitimate profit objective, as the court explains (all emphasis mine, citations omitted):

Human relations seems like an odd hobby, but the “hobby loss” rules really don’t require you to have any fun:

Although human-relations training is not the type of activity involving personal pleasure or recreation that is often associated with section 183 questions, section 183 is not limited to so-called hobby losses. For example, the profit-objective analysis of section 183 applies to tax shelter investments…

The judge found out that the profit objective disappeared when the clients did:

Although [taxpayer] may have originally had a profit objective when he incorporated SLS in 1994, we find that this was no longer the case during the year in issue. By 2009 SLS was merely a convenient device by which the [Taxpayers] could try to deduct otherwise nondeductible personal expenses.

The moral? You can definitely deduct business expenses, but you can’t deduct them indefinitely. If a corporation’s business goes away, at some point the deductions have to disappear too.

Annette Nellen, New Required Preparer Due Diligence for AOTC and Child Tax Credit. Once again preparers are required to preparer paperwork to pretend to fight refundable credit scammers. Honest taxpayers will pay, and the scammers will use Turbotax anyway.

Jack Townsend, Q. How Many IRS Special Agents Brandishing Guns Does It Take to Execute a Tax Crimes Search Warrant? A. 73. That’s not funny.

Jason Dinesen, Glossary: C-Corporation. “A C-corporation is a tax term referring to one of two ways a corporation can be taxed.”

Jim Maule, Music, Medicine, and Tax. “How many tax return preparers have music playing in the background while preparing returns, or interviewing clients?” As I right this I’m playing Eric Clapton’s rendition of  “Early in the Morning.”

Keith Fogg, Getting a Copy of the Fraudulent Return Filed in Your Name (Procedurally Taxing).

Morgan Scarboro, Will a New St. Louis Stadium Sales Tax Proposal be a Shutout? (Tax Policy Blog).  “Even after St. Louis taxpayers were stuck with the bill in 2015 when the NFL’s Rams left for Los Angeles, city officials are now looking to finance a new $200 million stadium in the effort to attract a Major League Soccer team.” Brilliant.

Paul Neiffer, A New Simple Retirement Account Option for Farmers and Their Employees

Robert Wood, For Trump Tax Cuts, Pay Legal & Other Bills In 2016. “But not every legal bill is tax deductible.”

Roger McEowen, The Non-Corporate Lessor Rule – A Potential Trap In Expense Method Depreciation. “The rule makes it difficult for farm landlords to claim expense method depreciation with respect to many real estate improvements, particularly those that don’t require repairs and maintenance in that first 12-month period.”

Russ Fox, FINCEN Announces Due Dates for 2016 FBARs: “The FBAR will now be due on the same day as tax returns with an automatic extension for six months. There is no need to file a separate extension with FINCEN for the FBAR. Basically, this means the FBAR is now effectively due on October 15th.”

TaxGrrrl has kicked off her “12 Days of Charitable Giving 2016”, so far highlighting Alex’s Lemonade Stand, Chapel Haven, and Puppies Behind Bars.

Tony Nitti, When Are Professional Education Expenses Tax Deductible? “Youth may indeed be wasted on the young, but college is DEFINITELY wasted on those who haven’t first had their souls crushed by the real world.”

David Herzig, Rockefellers, Pratts and Private Cemeteries. Your own cemetery, your own Sec. 501(c)(13) exemption.

Elaine Maag, Cash-Constrained Families Will Have To Wait For EITC and Child Credit Refunds (TaxVox)

Jack Townsend, On Structuring and Forfeiture and Grand Juries. “I post on the district judge’s order because it offers a fascinating look into the grand jury, a look usually denied because of the grand jury secrecy rules.”

Jared Walczak, Oklahoma Failed to Trigger a Tax Cut. That’s a Success for Tax Triggers. (Tax Policy Blog). “By making sure that tax triggers set proper baselines and benchmarks (more on that here), policymakers can ensure that tax triggers do their jobs consistently, phasing in tax reductions when revenue growth allows and hitting “pause” when necessary.”

Jason Dinesen, From the Archives: Iowa Tuition & Fees Deduction – A Reminder from IDR

Jim Maule, Looking for an Exclusion That’s Not in the Documentation. “The case also demonstrates the need for careful attention to the language of documents, the need for all citizens to learn basic tax law, and the danger of falling victim to gross oversimplifications and the misinformation infecting the postmodern world.”

Lew Taishoff, CPA = USTCP? – THIS IS GETTING BORING. “I also know Judges want to clear the docket like a goalie down 5 to 3 on a powerplay wants to clear pucks, and like said goalie is willing to risk taking a delay-of-the-game by throwing the puck into the stands.” Well, then the goalie gets to sit down and watch his backup defend a 5-on-2.

Robert Wood, Despite Tax Risks, ‘Pay Me Next Year’ Requests Are Big This Year-End. “Yet, if you have a legal right to payment but decide not to receive it, the IRS can tax you despite the delay.”

Russ Fox, The 2016 Tax Offender of the Year. It is a deserving selection, and I suspect the selection committee voted unanimously.

Andrew Mitchel, The “Sailing Permit”. “…with certain exceptions, resident aliens and nonresident aliens who physically leave the U.S. are required to obtain certificates from the IRS that they have complied with all U.S. income tax obligations. This certificate often is referred to as the ‘sailing permit.'”

Daniel Shaviro provides a Simple border adjustment example. “Given all the talk (and confusion) about how border adjustment in a properly designed destination-based corporate tax would work, I thought a really simple example might help.”

Jared Walczak, Washington’s Governor Seeks a Tax Trifecta (Tax Policy Blog). “Over the past two years, Washington’s legislature and voters have rejected a capital gains tax, a carbon tax, and an increase on gross receipts taxes on services. In his new budget, Gov. Jay Inslee (D) chose to serve up all three with a proposed budget package that would increase revenue by $4.4 billion in the first biennium…”

John Richardson, Be careful what you “fix for”! A Holiday Gift: What to do about the unfiled #FBAR (Isaac Brock Society, via Patricia Moon. Originally posted at citizenshipsolutions.ca). You have to shoot the jaywalkers to make up for the real criminals who get probation.

KWWL.com, Iowa woman sentenced for tax fraud and identity theft. 84 months for a combination of ID theft and Section 8 housing fraud for a former Dubuque and Maquoketa resident. The “information” listing the charges to which she pleaded guilty is here.

Leslie Book, A Return Look at a Disabled Veteran Who Took Action in Light of a Bank’s Issuing an Incorrect Information Return (Procedurally Taxing).

Lew Taishoff, THE MODEST COUGH OF THE MINOR POET. “Every so often someone reads this my blog.” I hear you, brother.

Paul Neiffer asks What Might Estate Tax Reform Look Like? It includes a discussion of how taxing capital gains at death might replace the current excise tax on estate value.

Roger McEowen, What’s a Rural Landowner’s Responsibility Concerning Crops, Trees and Vegetation Near an Intersection? “It may come as a surprise to some that in numerous states rural landowners have no duty to make sure that crops, trees and other vegetation don’t obstruct the view on public roadways.”

TaxGrrrl, IRS Fires Back In Coinbase Case As It Seeks Access To Bitcoin User Data

Andrew Mitchel, Updated IRS Practice Units by Topic. “Recently, the IRS published 5 new International Practice Units (“IPUs”) on its website. We have updated our resource page that categorizes the IPUs by topic.”

David Brunori, Fighting Income Inequality on the Wrong Battlefield. “It would have been better for the workers of Portland if their leaders wore Che Guevara tee shirts instead.”

Hank Stern, HRA Cure-All’s (Insureblog). “I reached out to our gurus of all things HRA (and HSA, and FSA) at FlexBank, who confirmed that this does seem to mean that employers can finally go back to throwing premium dollars into tax-advantaged HRAs.”

Jim Maule, It Still Doesn’t Make Tax Cents. “For the curious, it is permissible to pay taxes, debts, dues, and other charges with coins.”

Kay Bell, Missing the Dec. 31 RMD deadline could be very costly. “If you’re 70½ and have a traditional IRA (or more than one of these accounts) or other tax-deferred retirement plans, then the tax law says you’ve got to start taking money out of it. In most cases, that’s by the end of the tax year.”

Mitch Maahs, Congress Offers Technical Corrections to Help Implement the New Partnership Audit Rules (Davis Brown Tax Law Blog). “Since the introduction of the BBA, tax professionals have discovered a vast number of problems with the new audit regime and the administrative strain it will place on partnerships.”

Peter Reilly, IRS Cracking Down On Easement Donation Syndications. Easement syndications are now “listed transactions” under new Notice 2017-10, making them reliable audit bait for those who buy them and imposing big penalties who don’t flag them properly for the IRS.  Remember, there is no Tax Fairy.

Sam Brunson, More on Hate Groups and Tax Exemptions (Surly Subgroup). “Over at the Volokh Conspiracy, Eugene Volokh asserts that the IRS cannot constitutionally deny tax exemptions to “hate groups” based on their views, abhorrent that they may be.”

TaxGrrrl, 9 Year-End Money Moves That Many Taxpayers Should Avoid.