Trump's Cabinet Will Reap Hundreds Of Millions In Tax Savings Under I.R.C. § 1043 On Sales To Avoid Conflicts Of Interest 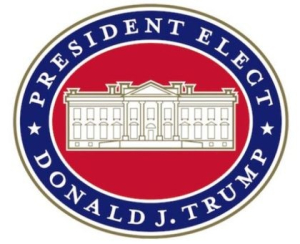 Following up on my previous posts (links below): Wall Street Journal, Trump’s Nominees Stand to Reap Tens of Millions of Dollars in Potential Tax Deferrals:

President-elect Donald Trump’s top personnel picks stand to delay paying tens of millions of dollars in personal taxes on investment gains when they take up their posts, according to a Wall Street Journal analysis of corporate filings and other financial disclosures.

The potential tax benefits are the result of a longstanding federal policy designed to let incoming appointees sell their shares and other assets, to avoid conflicts of interest in their new jobs, without racking up huge tax bills.

The tens of millions of dollars in possible tax deferrals are a conservative estimate; the actual benefit is likely much greater. That is because the Journal’s analysis only includes paper gains on shares of publicly traded companies, where the appointee has recently been an officer, director or major shareholder. A number of the candidates—including Commerce Secretary appointee Wilbur Ross and Mr. Trump’s Treasury pick, Steven Mnuchin—derive large portions of their wealth from closely held investment vehicles about which there is scant financial information in the public domain, but which they’d likely need to divest.

“It’s a great thing for the nominees,” says Robert Willens, a tax professor at Columbia Business School. “They get to diversify their portfolios on a tax-free basis.” He estimated that the total tax savings for the appointees likely will add up to hundreds of millions of dollars. ...

Mr. Trump and Vice President-elect Mike Pence won’t have to sell holdings because the conflict-of-interest rules don’t govern the president and vice president.

Rather than pay taxes on the required sales of the investments, using the purchase price of the original assets as the cost basis, incoming members of the administration likely will be able to take advantage of a policy allowing them to defer paying taxes on the proceeds as long as they are reinvested within 60 days in government securities or mutual funds approved by the government. If the officials later sell the new investments, they pay taxes on any gains that they accrued, dating back to the original investment. However, if they never sell the new investments, they pay no taxes at all. ...

There is no guarantee that all the nominees will need to sell all their shares. Executives might be able to place their investments in a blind trust, if they don’t want to sell them. In the past, some cabinet officials have avoided sales. Penny Pritzker, the current commerce secretary, agreed to recuse herself from decisions that might affect Hyatt Hotels Corp., a company in which she reported owning a significant stake.

Washington Examiner, How Trump's Cabinet Will and Won't Get Tax Benefits

As opposed to universities, which don't pay taxes at all.