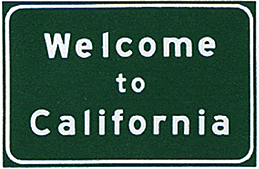 First, the California bar exam is the second-toughest in the country, with only Delaware having a more difficult exam. There are actually large differences in the difficulty of passing the various state bars. Some bars are extremely easy, and a few are very difficult. Unfortunately California has one of the difficult ones. The "difficulty" of the exam is based on the passing Multistate Bar Exam "cut score," which is 144 in California. Most states have passing scores that are much lower.

A colleague of mine stated that the stats on Wisconsin might be skewed. Very few attorneys who practice in Wisconsin take a bar exam. If you passed from Marquette or the University of Wisconsin Law School you are admitted to the bar based on diploma privilege.

I passed the California Bar in 1983 on the first try. It only means I know how to take and pass a bar exam and nothing more. BTW I graduated from University of Wisconsin Law School. Diploma privilege.