Following up on my previous post, Tax Reform May Determine Fate Of Trump's Push For Carrier To Keep U.S. Plant Open: 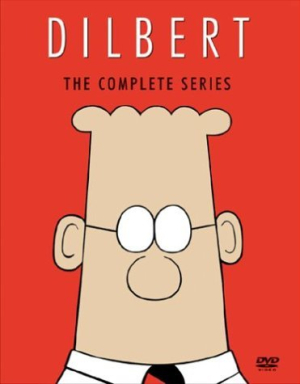 One of the things I will enjoy about the Trump presidency is watching non-business writers try to explain his methods. Case in point, the recent stories about Ford and Carrier keeping some parts of their manufacturing in the United States because Trump negotiated/bullied them into staying. If you tell that story through a political filter — which is all I have seen so far — you focus on the facts. In this case, the political story is that both the Ford and Carrier situations are exaggerated claims of success.

The political filter misses the story completely. As usual.

Here’s the real story. You need a business filter to see it clearly. In my corporate life I watched lots of new leaders replace old leaders. And there is one trick the good leaders do that bad leaders don’t: They make some IMMEDIATE improvement that everyone can see. It has to be visible, relatively simple, and fast.

Because humans are not rational. Our first impressions rule our emotions forever. Trump has a second chance to make a first impression because his performance as President is fresh ground. Trump is attacking the job like a seasoned CEO, not like a politician. He knows that his entire four-year term will be judged by what happens before it even starts. What he does today will determine how much support and political capital he has for his entire term.

So what does a Master Persuader do when he needs to create a good first impression to last for years? He looks around for any opportunity that is visible, memorable, newsworthy, true to his brand, and easy to change.

Trump and Pence recognized these openings and took them. Political writers will interpret this situation as routine credit-grabbing and exaggerated claims. But business writers will recognize Trump’s strategy as what I will call the “new CEO Move.” Smart CEOs try to create visible victories within days of taking the job, to set the tone. It’s all about the psychology.

If you are looking at Trump’s claims of success with Ford and Carrier in terms of technical accuracy and impact on the economy, you will be underwhelmed. But if you view it through a business filter and understand that psychology is the point of the exercise, you’re seeing one of the best new CEO moves you will ever see.

I think Mike hits it in the head with one shot. Trump's election (whether one loves him, hates him, or indifferent) comes at a time when a majority of the electorate (including many who did not vote for Trump) believe that for now they don't care about what Left and Right elite opinion makers without skin in the game think. Risky may be, but is the reality.

I think what's appreciated is that Trump sees jobs as worthy of presidential action, as opposed to, say, transgender bathrooms. Not that transgender issues are unimportant, but there is a prioritization, and where a president's priorities lie speaks volumes. Criticisms of his action are fair, but the fact that he see fit to take action related to the well being of the 99% (jobs) is not lost on folks.

Everyone hates it except the voters.