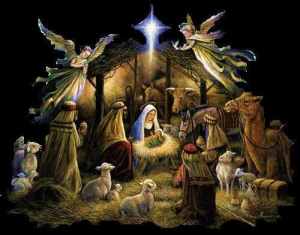 There are plenty of reasons for a federalism-loving con law prof to like the Christmas stories in Luke and Matthew. Take, for instance, Joseph's returning to Bethlehem to be registered for taxation purposes: According to one strand of (albeit contested) Biblical scholarship, Luke was implicitly acknowledging a peculiarity of imperial fiscal policy whereby a taxpayer could choose to pay their taxes in either their place of current residence or their ancestral home where they owned real estate. In other words, the entire trek back to Bethlehem recorded by Luke 2:2 may have been an instance of taxpayer forum-shopping to reduce tax liability.

The much more important instance of federalism-based foot-voting in the Christmas story, of course, is the Flight to Egypt recorded in Matthew 2:13-23, in which the Holy Family flees from Judea to Egypt after being tipped that Herod the Great was seeking to exterminate potential political rivals -- including infants. Unlike the Roman tax system and the Census of Quirinius, which is a perennial topic of debate among Biblical scholars, the Roman Empire's system of asymmetrical federalism is well-documented. ...

In short, whether you are a believer or a skeptic, you can still enjoy the Christmas story as an example successful foot-voting in a federal regime.