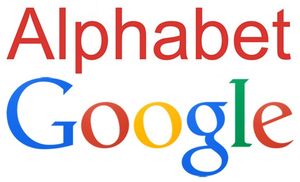 The amount the company shifted through its Dutch subsidiary, Google Netherlands Holdings BV, and then on to a Bermuda mailbox was 40 percent greater than in 2014, according to filings the company made with the Dutch Chamber of Commerce on Dec. 12 and which were made available online Tuesday. ...

Alphabet moves the bulk of its non-U.S. profits through this Dutch subsidiary, which has no employees. The company has used the Netherlands company since 2004 as part of a tax structure dubbed a "Double Irish" and a "Dutch sandwich." By moving most of its international profits to Bermuda, the company was able to reduce its effective tax rate outside the U.S. to 6.4 percent in 2015, according to Alphabet’s filings with the U.S. Securities and Exchange Commission. ...

Some 12 billion euros of the money funneled through the Dutch company in 2015 came from Google Ireland Limited, which collects most of Google’s international advertising revenues. The rest came from a Google subsidiary in Singapore that serves a similar role. The Dutch company then transfers this money on to Google Ireland Holdings Unlimited, which has the right to license Google’s intellectual property outside the U.S. That company is based in Bermuda, which has no corporate income tax. The use of the two Irish entities is what gives the structure its "Double Irish" moniker.

The total amount of profit Google had sheltered from U.S. taxation, most of which passes through its Dutch subsidiary en route to Bermuda, grew to $58.3 billion in 2015, according to Alphabet’s SEC filings.

In the UK, a street with small businesses—pubs, stores and the life—created a corporation that took advantage of this same bizarre loophole. The UK equivalent of the IRS nixed the idea. They might have added, "this one is only for very large, very rich businesses not your little people." That's one reason for Briexit.

About 1994, I heard some high-tech investors discuss a similar scam—the one that made them rich and a lot of ordinary people poor when the dot-com bubble burst. Realizing what they intended to pull off, I was tempted to tell them:

"When the revolution comes and they're taking people like you to the wall, don't expect me to hide you."

That illustrates one of our global problems. With the close of the Cold War, the amoral rich, particularly the tech rich, no longer fear a communist revolution. We know Obama and Hillary would have done nothing about this. Both raked in huge sums from Silicon Valley with 'wink-wink' promises not to touch these loopholes. Bernie didn't stand a chance for much the same reason. We've yet to see what Trump will do about these 'for the rich only' tax evasions.

I'm current reading Whittaker Chambers great classic, _Witness_, which is about his life as a communist spy and afterward. One of his points is that it was behavior like that of Google that made communists of people who should have know better.