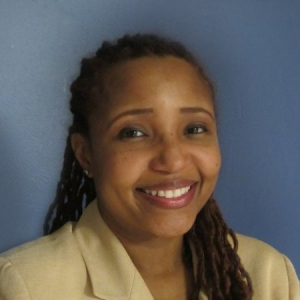 For the second time in four years, a female African-American former professor at Atlanta's John Marshall Law School has sued the institution for racial discrimination.

In a suit filed Dec. 8 in U.S. District Court for the Northern District of Georgia, plaintiff Patrice Fulcher claims she was continually denied promotions and pay raises by several of the school's deans during her eight years teaching there. She alleges that women, and African-American women in particular, are routinely relegated to teaching legal skills courses instead of doctrinal courses despite being qualified and are paid less than similarly situated white male professors.

According to her suit, Fulcher was the first African-American woman to earn tenure at the school since its founding in 1933, yet she quit a year later in 2015 when the school did not increase her salary as a result. ...

"Because of this ongoing discrimination against African Americans and women, Ms. Fulcher refused to renew her teaching contract with [the law school] in spite of her tireless efforts to gain tenure, her commitment to the [law school] faculty and students, and her impressive standing and growing reputation in the legal academy in her area of scholarship," reads her complaint. ...

Former law professors Kamina Pinder and Scott Sigman sued John Marshall in 2012 claiming racial discrimination and retaliation when the school failed to renew their yearlong teaching contracts in 2011. Their suit survived a motion to dismiss in 2014 and appeared headed to trial, but the parties reached a settlement later that year. ...

According to her complaint, John Marshall initially hired Fulcher in 2007. She alleges that, despite her experience as a public defender and qualifications to teach criminal law and criminal procedure, an administrator pushed her toward legal research and writing—a skills course that comes with lower pay and lacked the tenure-track status of doctrinal courses. "She, like every other African-American female professor before her, was steered toward teaching [legal research writing and analysis] as a skills professor as opposed to doctrinal courses," her suit reads.