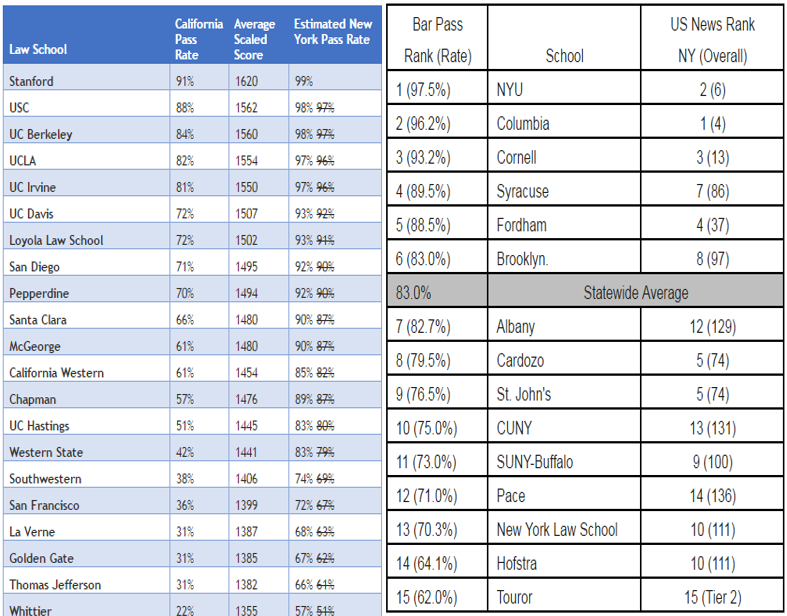 Update:  I have updated the post with Rob's corrected data.

Bill, the California bar exam certainly is more difficult than New York (or especially Missouri). Moreover, it's common for very good out-of-state schools to underperform on the California bar exam. However, it's tricky to draw inferences from that because it is possible that students who choose to move to California differ from students who stay in the state of their law schools (or move to other states). It's a bit of a mystery I hope to unravel at some point, but I am far from an answer that persuades me.

The New York and California environment would seem to be of similar complexity. Perhaps California is using the bar exam to limit access?

Clear guidance on what schools to avoid if you want to gain admission to practice law in California vs. New York. Very helpful to prospective students. Awesome.

Maybe California schools should pay their students to take the Nevada bar exam to increase their pass rates.