Will Trump Treat The Presidency As A Part-Time Job For Tax Purposes? 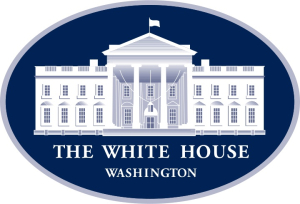 Washington Post: Will Trump Claim That Being President Is a Part-Time Job — For Tax Purposes?, by Allan Sloan:

Can you imagine anyone saying that being president of the United States is only a part-time job? Well, Donald Trump might have an incentive to say just that.

That sounds bizarre. But I think it’s within the realm of possibility for Trump to claim in future years that things such as living in Trump Tower rather than the White House and mentioning his properties at every opportunity are promotional activities. If he can show that he spends more than half his time developing, managing and promoting real estate, it could shelter millions of dollars of his non-real-estate income from federal income tax.

I’m not saying that Trump plans to play this particular tax game. But given that he won’t disclose his tax returns, as presidents and presidential candidates have done for decades — and given how aggressive he’s been about cutting his personal tax bill — it doesn’t seem so far-fetched. ...

To be considered an active real estate person, a taxpayer has to spend at least half of his or her work time — a minimum of 750 hours a year — being involved in certain real estate activities [§ 469(c)(7)(B)].

As I wrote in a column last month, the partial Trump 1995 tax returns made public by the New York Times seem to indicate that Trump used a $15.8 million loss generated by the loophole for active real estate professionals to offset other income. It’s impossible to know for sure, because Trump’s people wouldn’t discuss it. But that’s how his return looked to me.

Is Trump going to try to contend on his tax returns that the presidency is a part-time activity?

“I don’t see why his tax behavior as president will differ from his behavior as a private citizen, given the forgone conclusion that he won’t release his presidential income tax returns,” said Edward Kleinbard, a tax-law professor at the University of Southern California’s Gould School of Law and a former chief of staff of Congress’s Joint Committee on Taxation.

Wouldn't he be better off claiming the real estate was part time?

You lost. Enjoy the next 8 years. You deserve it.